THIS is what Saif Ali Khan has to say about his plans of working with daughter Sara Ali Khan | Memsaab.com

Saif Ali Khan has always made a clear distinction between his professional and personal life. He has been part of Bollywood for over two decades now and has delivered some noteworthy films. His daughter Sara Ali Khan is now following suit and their fans just cannot wait for the father-daughter to share the screen space. When asked about the same, Saif told a news portal that he would love to work with Sara but it has to be a very special script as they both would like to avoid gimmicks. He also added that given the right director and script, it could be great.

Elaborating more about the same, Saif added that he has always made a clear distinction between family and career. 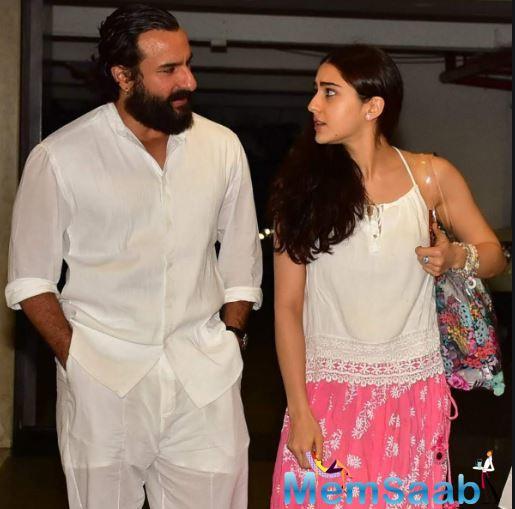 In This Image: Saif Ali Khan, Sara Ali Khan
He also stated that he never thought that he should work with his wife Kareena Kapoor Khan or his mother Sharmila Tagore. He added that he would love to maintain that in the future as well. Saif also spoke about being called the “underrated actor” for a long time. He stated that he doesn’t think that he has been underrated. According to him, people have been very kind and he got what he deserved and often more than what he deserved.

He also added that it is just the question of how many people he appeals to.

In This Image: Saif Ali Khan, Sara Ali Khan
He also stated that people may think of him as underrated because of the films he does. But he doesn’t feel underrated. In fact, he said that he has been rated quite correctly and he hopes to continue it. Saif had two releases earlier this year in January which included, ‘Tanhaji: The Unsung warrior’ which starred Ajay Devgn and Kajol in lead roles. The movie that hit the theatres in January 4, 2020, made a record collection at the box-office. He was also seen in ‘Jawaani Jaaneman’ co-starring debutant Alaya F and Tabu. The movie also received positive response from the audience and critics alike.

On the work front, Sara will next be seen in ‘Coolie No. 1’ co-starring Varun Dhawan. 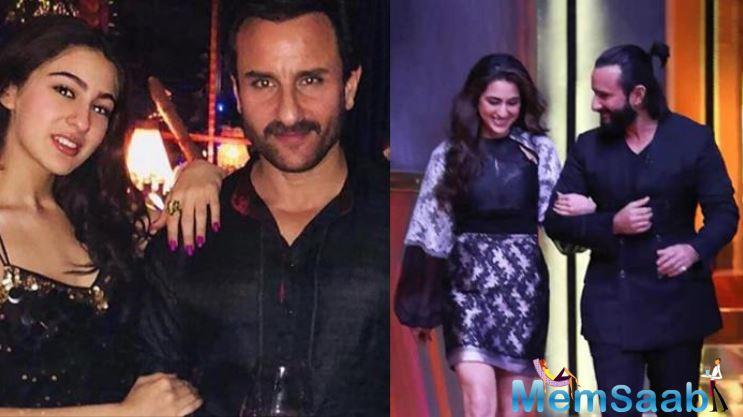 In This Image: Saif Ali Khan, Sara Ali Khan
She will be seen playing the role of Karisma Kapoor in the movie wile Varun will be stepping into the shoes of Govinda. Apart from this, she will also be seen in Aanand L Rai’s ‘Atrangi Re’ co-starring Akshay Kumar and Dhanush. She is currently shooting for the same in Varanasi.
Latest Events