Tiger Shroff owes his dancing prowess to choreographer Ganesh Acharya, so there was no way he could miss his guru's big day. Acharya plays the lead actor in Kamal Kishor Mishra and Manoj Sharma's Dehati Disco. On Thursday, Shroff attended the film's mahurat and poster launch at a Juhu hotel. The shooting of the film begins on October 25 in Lucknow. We wonder if Shroff will do a cameo and burn the dance floor with Acharya in one of the film's tracks.

On the work front, Tiger is gearing up for yet another high octane action movie - Heropanti 2 and we can't wait to see what's new for the viewers. 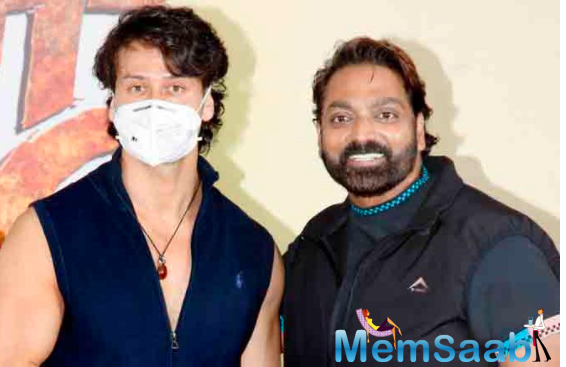 In This Image: Tiger Shroff, Ganesh Acharya
The actor recently made his singing debut with Unbelievable. His track received amount of appreciation and love fans have showered on it, is Unbelievable. It a strange coincidence that the period of September-October has always been a boon for Tiger. Shroff won accolades for his marvellous performance as Khalid in 'WAR'. The movie went onto being the Blockbuster for 2019 and saw the biggest opening of Rs 52 crore on day 1.

WAR turned one and it was this time last year that the movie was the talk of the town. 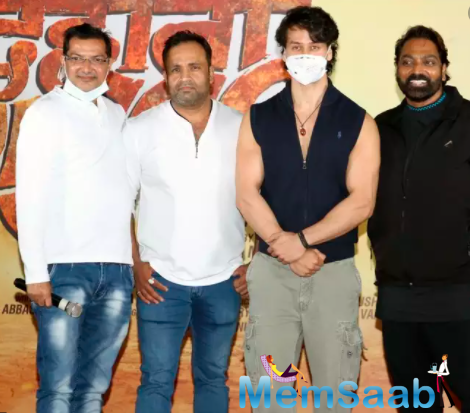 In This Image: Tiger Shroff, Ganesh Acharya
This year with Unbelievable, Tiger has captured yet another market - the musical world and his vocal chops were a pleasant surprise for his fans. Be it his voice or his ultra-smooth dance moves, Tiger has won our hearts. The success of his song and WAR both truly justify that anything is possible for Tiger.
Latest Events