Although Tara Sutaria is just two films old, her talent is not unknown. The actress, who made her big Bollywood debut with Karan Johar's Student Of The Year 2 last year has mesmerised all with her beauty and natural ease in front of the cameras but also proved that she is a melodious singer. For the unversed, Tara is a professional opera singer and has lent her voice to many shows in the past. Giving a glimpse into her innate talent, Tara, at the wedding of Armaan Jain and Anissa Malhotra on Monday, sang a romantic number on the stage, leaving the spectators spellbound.

The actress, dressed in a pastel pink lehenga enthralled all, including her rumoured boyfriend Aadar Jain, who is Armaan's brother. 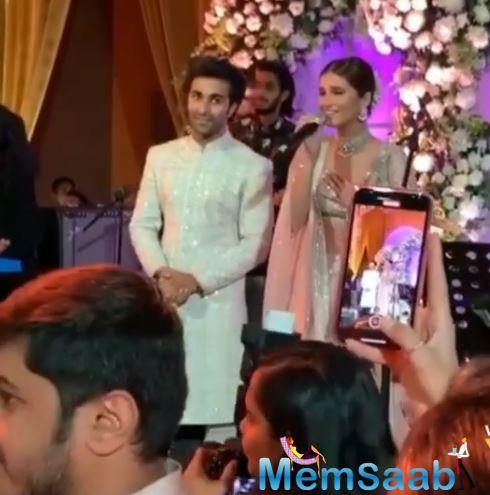 In This Image: Tara Sutaria, Armaan Jain
The Qaidi Band actor, like a doting beau, stood by her still her performance ended. Sweet, isn't it? Tara, in interviews in the past, told that she is hopeful to come up with her own music album.

Speaking of Tara and Aadar, they are in the news about their secretive relationship. 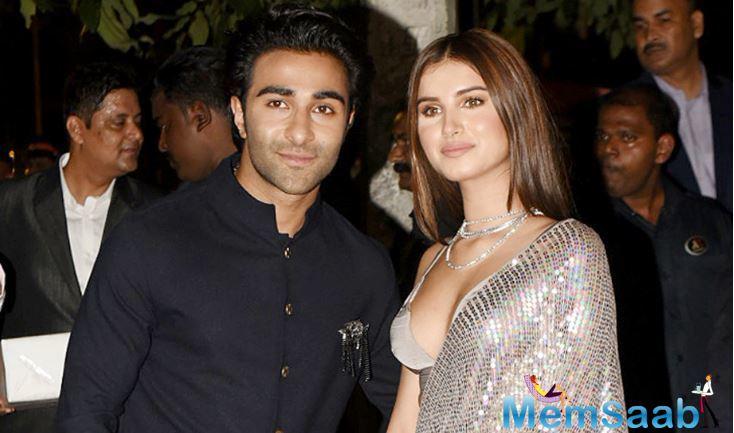 In This Image: Tara Sutaria, Armaan Jain
However, it was on the day of Amitabh Bachchan's Diwali party last year that the duo posed for pictures together. Soon, they sparked off strong dating rumours, but they are yet to officially confirm the same. On the other hand, Kiara Advani, who is the bride Anissa's best friend, performed at the reception held on Tuesday. The actress grooved to the song Sauda Khara Khara from her recently released film Good Newwz.
Latest Events