Galleries >> Tahira Kashyap: I was living a dual life. My husband was shooting; I would spend hours at night crying

Tahira Kashyap: I was living a dual life. My husband was shooting; I would spend hours at night crying | Memsaab.com

Until a bevy of health concerns caught her off-guard, Tahira Kashyap recalls being the most active among her peers. "I was in my school's basketball team, and captain of the girls' cricket team. I was also a runner, and played javelin throw and shot put. When in the gym, I could lift the entire rack of 12 plates of weight when training the lower body. Today, I can barely lift three," says Kashyap, admitting that her morale took a hit following chemotherapy for breast cancer, but it made her resolve to jump back to routine stronger.

Kashyap, who could train with 15 kilo dumbells before the surgery, talks with child-like enthusiasm of graduating to four kilos from the two that she began with, after her treatment. 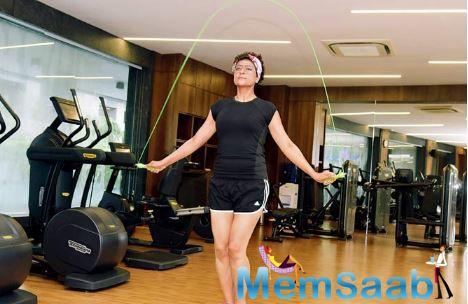 In This Image: Tahira Kashyap
"The surgery involved removing lymph nodes around my right arm, so I've been advised against lifting more than five kilos to prevent inflammation. But, there's nothing stopping me from challenging my lower body. Whether it takes me four months or a year, I will go back to being as strong I was," says Kashyap, who is married to Ayushmann Khurrana. She'd walk for 60-90 minutes, "with my drains", even while undergoing chemotherapy treatment.

For Kashyap, cancer wasn't her first brush with an illness that would change her life. 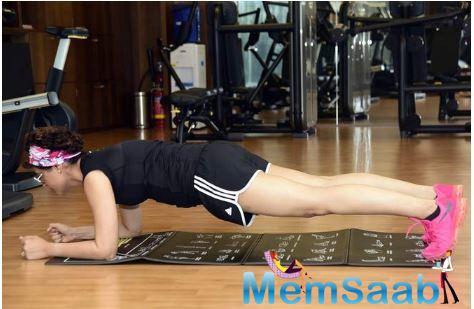 In This Image: Tahira Kashyap
"I've been on a high dose of thyroid medication since college. I recall, following my diagnosis, the doctor told me to not tell anyone about my condition since it would hamper my chances of getting married. As soon as I was out, I told Ayushmann. He said, 'Okay, we'll deal with it, but what is it, anyway?'" Only a day before we meet her, she reveals that she was given a list of foods that she has been intolerant to, for the last 10 years that she has tackled Irritable Bowel Syndrome.

"I'm intolerant to gluten, nuts, eggs, pulses and mushrooms. Also, I'm vegetarian," she says, the irony of her plight not lost on her. 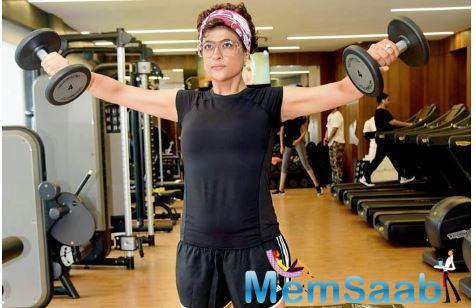 In This Image: Tahira Kashyap
But, Kashyap admits, the turning point in her life came after she acknowledged that she had been ignoring her mental health. “I never treated my body, mind and soul as one entity. I always thought physical health was important, and mental toh kuch hota hi nahin hai. So, I exercised a lot. But I think [the cancer] was a manifestation of the negativity that I had been harbouring. Had I gone to a doctor, I would have been declared clinically depressed. But I chose to cry every night instead of visiting one. I was living a dual life. My husband was shooting; I would spend hours at night crying, and put up the front of a happy person in the morning so that I didn't look like a loser before my children, who were aged two and four then. It was only after I practised Buddhist chanting, and focused on my mental health that things changed. In a way, I'm glad that [I was diagnosed with cancer] at a time when I was strong enough to deal with it."
Latest Events