Earlier in May 2019, we reported about a new couple making a buzz, and that was of none other than Sushant Singh Rajput and Rhea Chakraborty. Things between the two apparently hit off soon and in no time, they were dating each other. The much-in love couple recently also spent some quality time as they visited Ladakh and shared adorable pictures from the hills. The actress celebrated her birthday on Tuesday amid close family and friends and in boyfriend Sushant's company.

Taking to Instagram, Rhea shared a video of herself cutting the birthday cake. 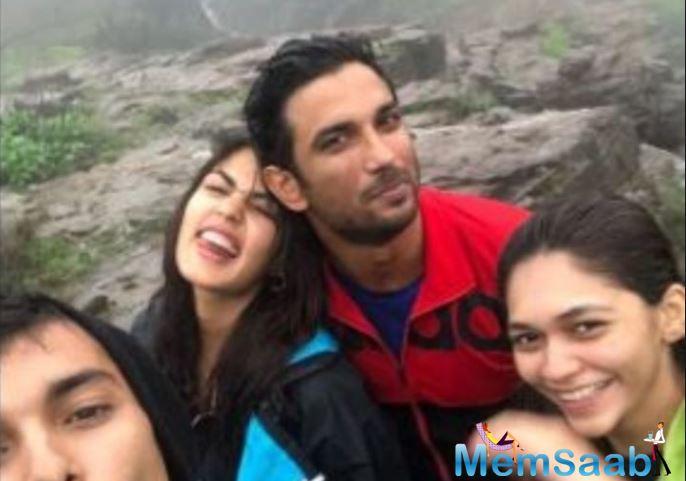 In This Image: Sushant Singh Rajput, Rhea Chakraborty
She wrote, "Gratitude. Happy happy to me , so much excitement tiny glitch in this video! Ps - I got a new haircut." While the video only featured Rhea, we got to see a glimpse of boyfriend Sushant on her Instagram story.

In the picture, the birthday girl and Sushant can be seen posing with friends as they enjoy the weather and incessant rains. The actress called it her 'happiest birthday' and the picture is proof. 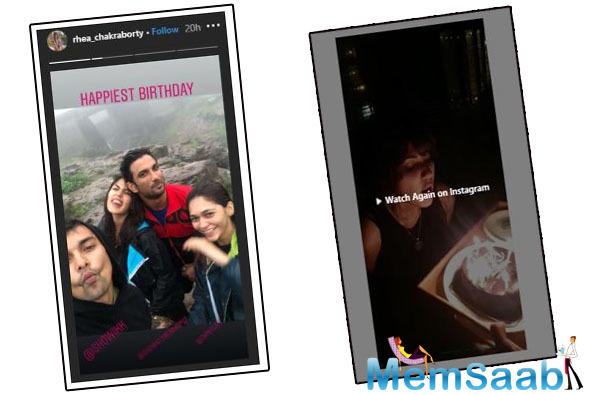 In This Image: Sushant Singh Rajput, Rhea Chakraborty
Earlier, A source close to the actor had revealed, "Sushant is currently seeing Rhea Chakraborty. They have known each other for a while and they hit it off really well in the last few weeks. In fact, things moved from one thing to the other quite quickly and now, they are already dating each other."
Latest Events