Galleries >> Sonam Kapoor and Anand Ahuja return to London amid the ongoing pandemic, the actress shares a picture of the plane; view post

Sonam Kapoor and Anand Ahuja return to London amid the ongoing pandemic, the actress shares a picture of the plane; view post | Memsaab.com

Sonam Kapoor and husband Anand Ahuja have returned to London after spending the lockdown phase with their family in India. The couple, who came before restrictions on international travel were imposed in the country were staying in Delhi with Anand's parents during the initial stages of the lockdown and had even self-quarantined themselves at home.
But just before Sonam's birthday, when domestic flights were allowed, they came to Mumbai so that she could celebrate the special day with her family.

While they had a grand celebration at home amid the lockdown, the couple has now returned to London. 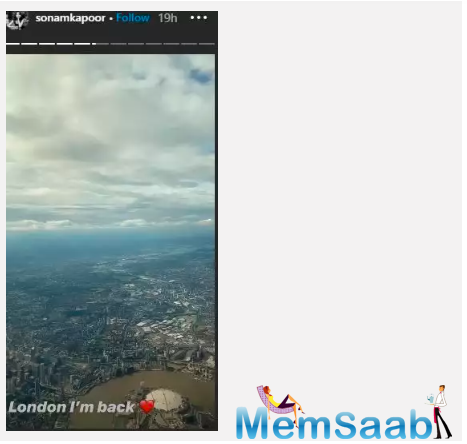 In This Image:
Taking to Instagram stories, Sonam had shared a series of pictures from her journey and even shared a glimpse of the beautiful landscape of London from the plane which she captioned as 'London I’m back' with a heart emoticon.

Sonam and Anand have been giving us all major relationship goals with their impeccable chemistry. 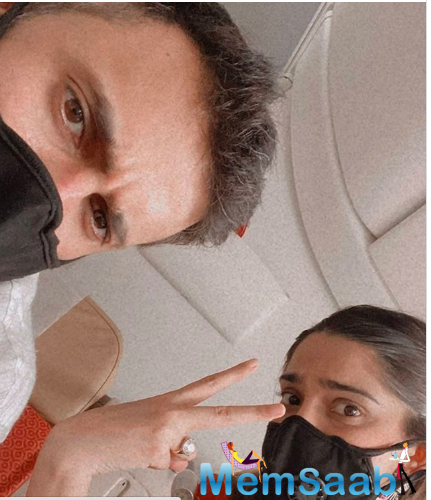 In This Image: Sonam Kapoor, Anand Ahuja
Not only that but they have even raised the bar to the next level and fans have been going gaga over their adorable posts. Meanwhile, on the professional front, Sonam will soon be teaming up with ace filmmaker Sujoy Ghosh for the Hindi remake of Korean film 'Blind'.
Latest Events