Galleries >> The Sky Is Pink : When PeeCee broke down and couldn't stop crying

The Sky Is Pink : When PeeCee broke down and couldn't stop crying | Memsaab.com

Priyanka Chopra, Farhan Akhtar, Zaira Wasim and Rohit Saraf star in Shonali Bose's The Sky Is Pink. The trailer was released last week and it teased a heartwrenching romance. The movie tells the love story of Aditi and Niren who lose their daughter to pulmonary fibrosis. The film was recently premiered at the Toronto International Film Festival and we hear all things good about the film. While we cannot wait to watch the movie, director Bose spilled the beans on the making of the movie in a new interview.

The filmmaker, who returns to the big screen after Margarita with a Straw, revealed that there was one moment during the filming of The Sky Is Pink when PeeCee broke down and couldn't stop crying. 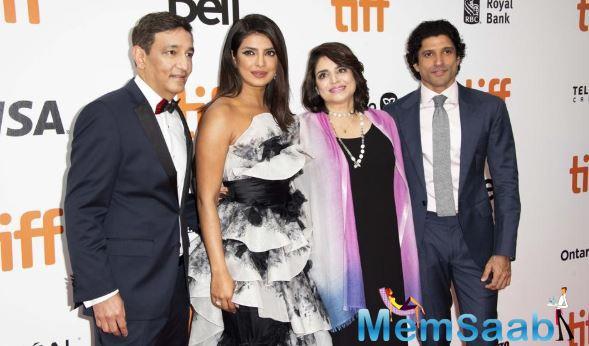 In This Image: Priyanka Chopra, Farhan Akhtar, Shonali Bose
Remembering the shoot, Bose revealed that there was an emotional scene shot for the film. While she did not delve into the details of the scene, she remembered PeeCee breaking down in the scene and continued to weep long after she announced "cut."

Another emotional shoot was when she had to break down after a scene. 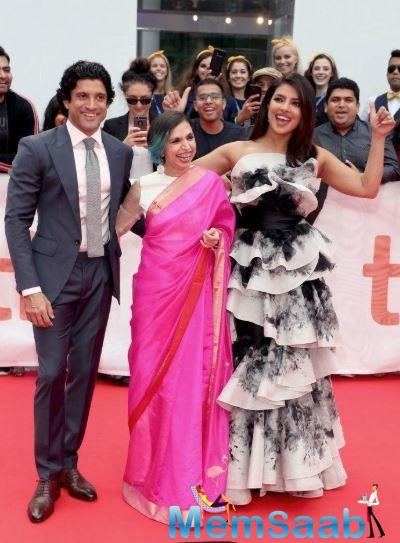 In This Image: Priyanka Chopra, Farhan Akhtar, Shonali Bose
After I called “cut”, I hugged her and she couldn’t stop crying. She kept whispering, “I’m so sorry, I’m so sorry. I know now what it means to lose a child. I am so sorry for Ishlu.” I continued holding her," she told Mumbai Mirror. For the unversed, Ishlu mentioned in the statement is referred to Bose's son, Ishan, who died in 2013.

A little back story here, director Bose lost her son, Ishan, in a freak accident which involved an electric razor. All of 16, he passed away on September 13, 2010. 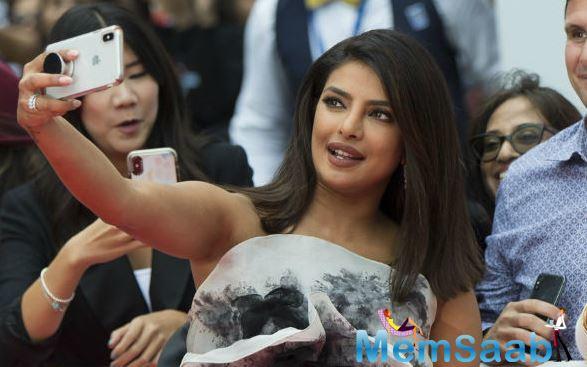 In This Image: Priyanka Chopra
In the movie, Bose reveals, Priyanka requested Bose to use Ishlu - the nickname the director called her son by - in a scene involving Rohit. "Priyanka called Ishan “Ishlu” which is not a name Aditi calls her son by. Priyanka heard me calling my Ishan that when I spoke about him and asked me, “Can I call him Ishlu in this scene?” I just smiled from ear to ear," she recalled.

The Sky Is Pink premiered on September 13 and an eyewitness told Pinkvilla that the theatre was reduced into tears. 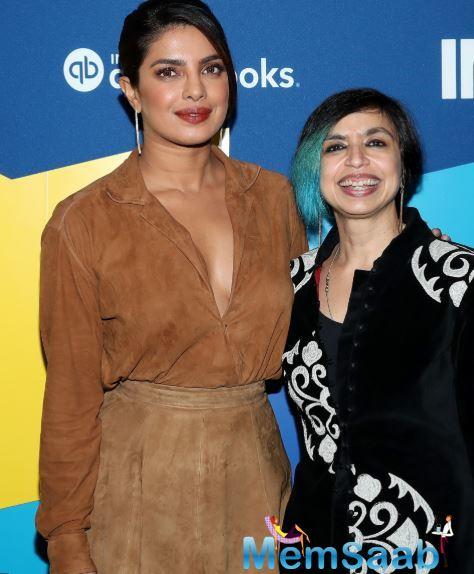 In This Image: Priyanka Chopra, Shonali Bose
"Priyanka has done such a good job. In one particular scene, she was just sitting while tears rolled down her face and it was such a natural piece of acting," the insider revealed. The Sky Is Pink received a four-minute-long standing ovation. It releases on October 11 in India.
Latest Events