Galleries >> The Sky Is Pink Poster: Priyanka, Farhan, Zaira, Rohit Saraf are a happy family; trailer to be out tomorrow

The Sky Is Pink Poster: Priyanka, Farhan, Zaira, Rohit Saraf are a happy family; trailer to be out tomorrow | Memsaab.com

A film that has been in the news over the past few days is The Sky Is Pink starring Priyanka Chopra, Farhan Akhtar, Zaira Wasim and Rohit Saraf as a family. Based on the life of Aisha Chaudhary, The Sky is Pink will end Priyanka Chopra Jonas’ break from Bollywood. The desi girl was last seen in Jai Gangaajal back in 2017. Since the last few days, Priyanka and Farhan had been sharing glimpses from the film via a few stills that left the fans intrigued. 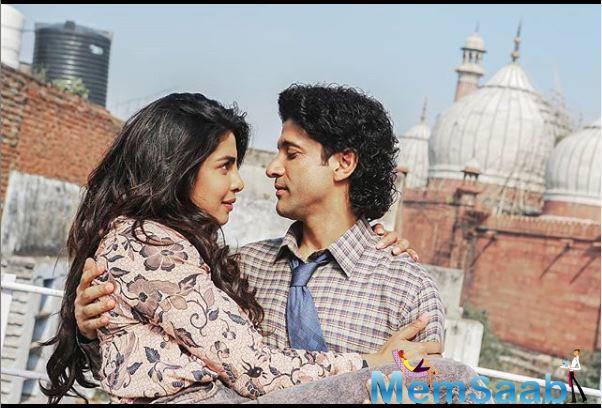 In This Image: Priyanka Chopra, Farhan Akhtar
Along with the poster, Priyanka also announced that the trailer of the film will be out tomorrow at 10 AM. In the poster, we get to see Priyanka taking a piggyback ride on Farhan’s back while their kids, Zaira and Rohit can be seen running ahead of them. With all the happy faces on the poster, The Sky is Pink is surely promising to be an entertaining yet impactful film.

Priyanka captioned the photo as, “In this family, crazy doesn’t skip a generation! We bring to you #TheSkyIsPink trailer Tomorrow at 10 AM!” 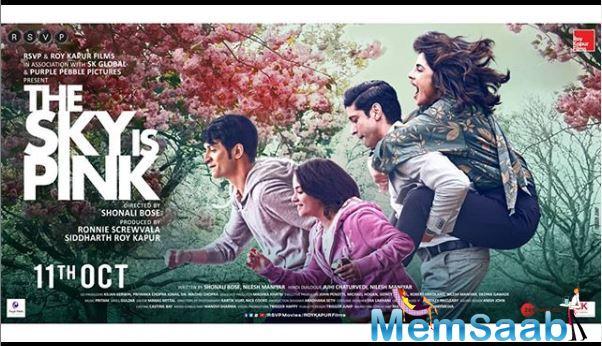 In This Image: Priyanka Chopra, Farhan Akhtar, Zaira Wasim, Rohit Saraf
Farhan too shared the poster on social media and announced that the trailer will be out on Tuesday at 10 PM.

Meanwhile, The Sky is Pink is premiering at the Toronto International Film Festival 2019 on September 13. 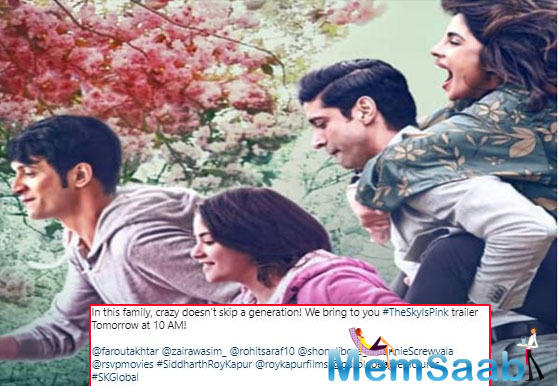 In This Image: Priyanka Chopra, Farhan Akhtar, Zaira Wasim, Rohit Saraf
Directed by Shonali Bose, the film is told through the lens of a spunky teenager who looks at her parent’s love story over a span of 25 years. Zaira will be playing Aisha who is diagnosed with Pulmonary Fibrosis and the family goes through it together. The Sky is Pink is produced by Ronnie Screwvala, Sidharth Roy Kapur, Priyanka Chopra Jonas and is slated to release on October 11, 2019.
Latest Events