Priyanka Chopra who attended the Toronto International Film Festival for the premiere of her upcoming film 'The Sky is Pink' gave insights into her character and what the role meant to her. The 37-year old who is essaying the role of Aisha's mother, explained her character's connection with her daughter and said, "I think it's that relationship of what happens when you first fall in love, to when you get married, and then when you have children, and then if you have a child who's sick, you become caretakers, and what happens to a relationship, and how you have to nourish a relationship, take care of it when it's broken, because it will be, what loss and grief does to you.

The film is narrated from Aisha's viewpoint which Priyanka believes makes it more special.

In This Image: Priyanka Chopra, Zaira Wasim, Farhan Akhtar
"The moments of joy, moments of tragedy--all of that together from the perspective of this teenager. I just think the juxtaposition of the movie--telling the story about a dying young girl, but showing the celebration of her life, instead of the mourning of her death--was so clever," Deadline quoted the actor as saying during the Festival.

The idea of the movie struck director Shonali Bose when she first met the parents of late child activist Aisha Chaudhary, who is the main character in the story. But more than that, Sonali shares a more personal connect to the film. 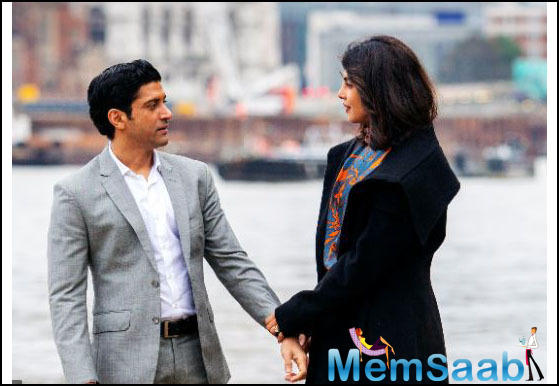 In This Image: Priyanka Chopra, Farhan Akhtar
"Death is something universal. I lost my son, and was able to embrace that pain of that and accept it, and come to peace with it, and actually find almost a beauty and joy in it," said the filmmaker. 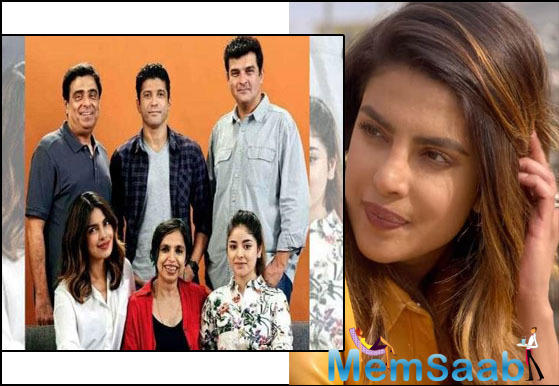 In This Image: Priyanka Chopra, Zaira Wasim, Farhan Akhtar
The film is based on the life of Aisha, who became a motivational speaker after being diagnosed with an immune deficiency order at the age of 13. It also sheds light on the love story of her parents. It is co-produced by Priyanka, Ronnie Screwvala and Siddharth Roy Kapur, and will hit the big screens on October 11.
Latest Events