Galleries >> Shilpa Shetty joins forces with Priyadarshan for 'Hungama 2', to be paired opposite Paresh Rawal

Shilpa Shetty joins forces with Priyadarshan for 'Hungama 2', to be paired opposite Paresh Rawal | Memsaab.com

Shilpa Shetty, after taking a sabbatical from films thirteen years ago, is all set to return to the silver screens. The actress, who took a break from films to start a family and fulfill her duties as a doting mother, is gearing up for not just one comeback film but two interesting projects. Well, yes. Shilpa, who is currently shooting for Sabbir Khan's Nikamma in Lucknow, has been roped in to play the lead role in Priyadarshan's Hungama 2. The veteran filmmaker, during an interview with a leading daily, confirmed Shilpa's presence in the lead cast and said the Baazigar actress' character is integral to the narrative.

Priyadarshan went on to disclose some details about Shilpa's role and added that she will play a glamourous character who is paired opposite Paresh Rawal. 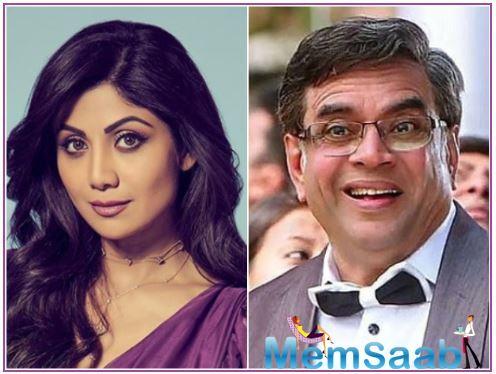 In This Image: Shilpa Shetty, Paresh Rawal
"For this role, I wanted an actor who has ruled the film industry as the character is integral to the narrative. Shilpa plays a glamorous and the most hilarious character in the movie. She is paired opposite Paresh Rawal. We have titled the film Hungama 2 because it has funny situations arising from confusion and misunderstandings, and thus, has the spirit of Hungama," Priyadarshan added.

Priyadarshan, for Hungama 2, is currently on a recce in Dehradun and informed the daily that the film will go on floors on January 6, 2020. 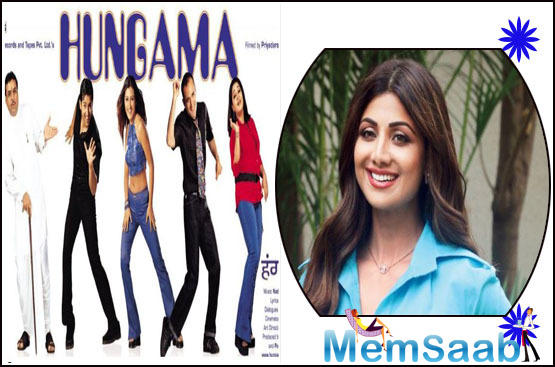 In This Image: Shilpa Shetty, Paresh Rawal, Aftab Shivdasani, Akshaye Khanna, Rimi Sen
Apart from Shilpa and Paresh, Hungama 2 stars Meezaan in the lead role with Shakti Kapoor and Rajpal Yadav from the cast of the previous film. Speaking of Shilpa, she was last seen in the lead role in Apne in 2007. Later, she featured in a special song from Dostana and did a cameo in her production house's film Dishkiyaoon with a song. Now, she will feature with Abhimanyu Dassani and Shirley Setia in Nikamma, which will release in 2020.
Latest Events