Sara Ali Khan paints a pretty picture as she poses solo in this throwback photo from her New York vacay | Memsaab.com

After giving out two successful films- Abhishek Kapoor’s Kedarnath and Rohit Shetty’s Simmba, Sara Ali Khan had jetted off to New York for a much deserved trip with her friends. From going shopping to partying to enjoying dinner dates with her friends, Sara Ali Khan had a ball of a time and made sure she updated all her fans about her whereabouts. And today, while Sara is back in Mumbai, looks like she was majorly missing her vacation and therefore, posted a throwback picture from her vacay.

In this photo, just like any tourist, Sara is seen striking a pose on a bridge against the picturesque backdrop and her caption reads, “Travel makes one modest, you see what a tiny place you occupy in the world - Gustave Flaubert #cityofdreams.” 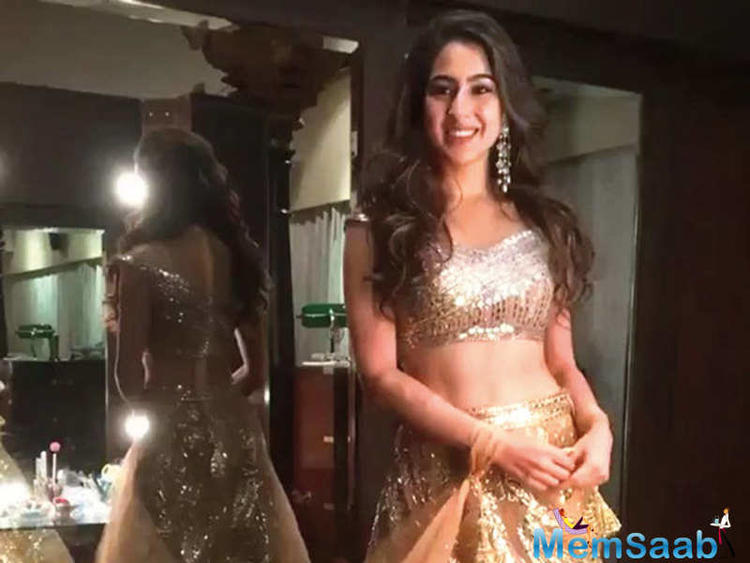 In This Image: Sara Ali Khan
In the photo, Sara is seen wearing a brown T-shirt paired with a white sweater which she has tied around her waist and kept her hair open. A few days back, Sara was snapped in Mumbai as she went out on a movie date with with mommy Amrita Singh and brother Ibrahim Ali Khan, and post the movie, Sara obliged all her fans who were waiting outside the theatre to get a picture clicked with her fans.

After winning hearts with her debut performance in Kedarnath opposite Sushant Singh Rajput, next, Sara will be seen in Imtiaz Ali’s film opposite Kartik Aaryan. 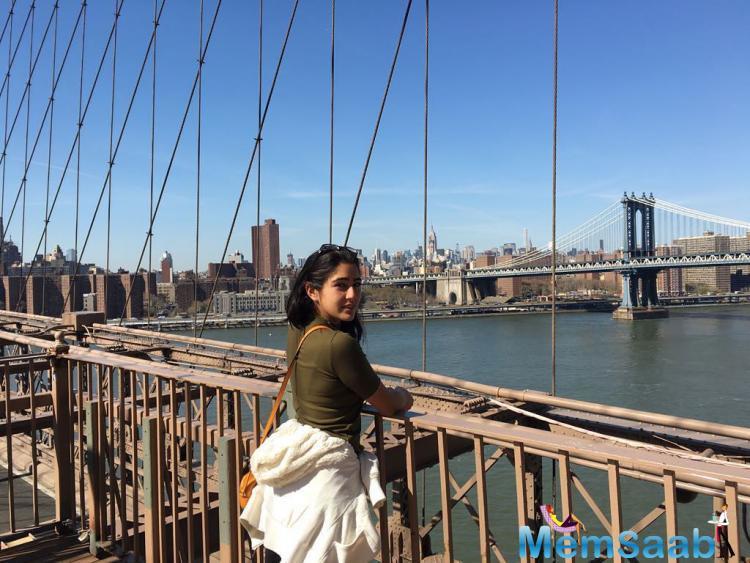 In This Image: Sara Ali Khan
While Sara has wrapped up Delhi schedule of Alis’ film, from August, she will start shooting for the remake of Coolie No. 1 opposite Varun Dhawan. As per reports, Sara Ali Khan and Varun Dhawan will be seen shaking a leg to the famous songs- Husn Hai Suhana and Main To Raste in the film.
Latest Events