On November 15, Parineeti Chopra took to her Instagram account and shared the sad news that she has been injured during filming her upcoming film, Saina Nehwal’s biopic and that won’t be shooting for some time now, following her nape injury. While sharing it on her handle, she wrote, “Dude. Me and the entire team of Saina have been taking so much care that I shouldn't get an injury, but shit happens. Will rest it as much as I can before I can start playing badminton again. #SainaNehwalBiopic.”

However, now we have heard that Parineeti will be taking a few days off before she gets back on the badminton court in a fortnight. 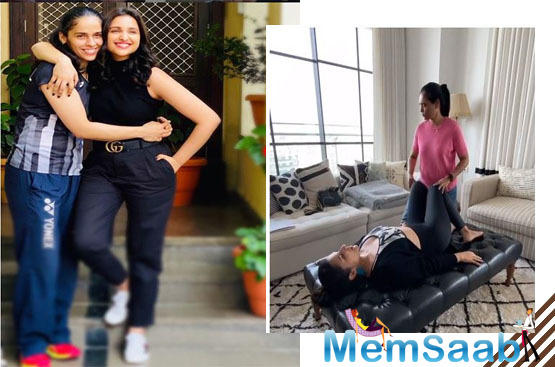 In This Image: Saina Nehwal, Parineeti Chopra
According to the Mumbai Mirror report, the actress had a major spasm in her neck and spine and hence her physiotherapist has advised her to take 10 days. A source was quoted by the portal saying the badminton portions will now be shot only in December, thereby giving her 15-20 days to recover. 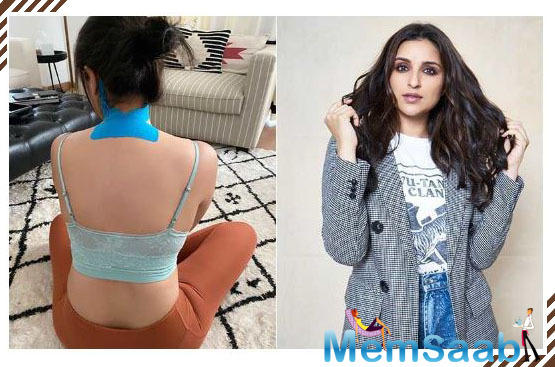 In This Image: Parineeti Chopra
The report further stated that the actress has been given more cooling-off period than required to make sure she doesn’t hurt the sensitive areas of her neck again. After she shared the picture of herself with a bandage around her neck, she has once again shared a video of herself, showing how she is on her recovery journey. She said, “Recovery Day 1. My whole body is stiff and tight. Thanks my physiotherapist Apoorva for taking care of me.”
Latest Events