Galleries >> Richa Chadha: I have been a big supporter of #MeToo movement, my empathy lies with survivors

Richa Chadha: I have been a big supporter of #MeToo movement, my empathy lies with survivors | Memsaab.com

Of late, the world of cinema has seen a raging debate: Should a film be viewed only in its immediate context, or within the larger construct of society? Richa Chadha's latest release, Section 375, is the latest to be drawn into this debate. The courtroom drama released at a time when the #MeToo India movement could have done with unflinching support. Even as a section of the audience lauded director Ajay Bahl for his balanced view, many feminist groups questioned the stance of the film, which depicts how women often abuse the very law that was made to protect them.

"What if the motive of the film is to evoke fear in men who are in a position of power and coerce young women to have sex with them?

In This Image: Richa Chadha
The point was to educate people about the law, which is complex because it takes a position of power into account in the victim-aggressor dynamic. I have been a big supporter of the #MeToo movement and my empathy lies with the survivors. The intention was to never run down what they are feeling," clarifies Chadha, adding that she will continue to champion the movement.

Knowing the sensitive nature of the story, the actor signed the film only when fully convinced of its message. 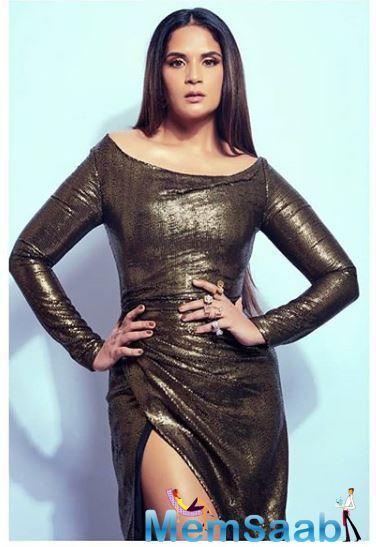 In This Image: Richa Chadha
"When the script came to me three years ago, the movement hadn't hit India then. So, at the time, the film was set in a different context altogether, strictly taking on the law. The script evolved a lot after Ajay came on board. It was a moral dilemma for me, so much so that at one point, I almost said no to it. But I had faith in Ajay's intention." Question her if she feels that the movie, unintentionally, serves as a setback to the movement, and she reasons, "The idea is to make room for a counter-narrative in the dialogue. Feminism is about creating an equilibrium in society, and that balance can never be achieved in the absence of an alternative opinion. Meera [who plays the complainant] is unapologetic for a reason, and the film sides completely with the law."

Rumours suggest that Chadha, who has Panga lined up for release, has been signed on for director Subhash Kapoor's next. 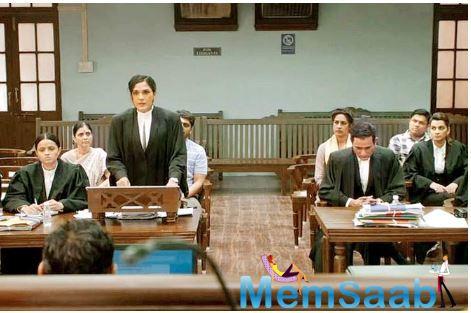 In This Image: Richa Chadha
"If we are talking about the rehabilitation of alleged rapists, we recently had Alok Nath in a mainstream movie. I was shocked to see that after three women corroborated accounts of his predatory nature. As far as a collaboration with Subhash is concerned, I will put out my statement soon."
Latest Events