They may be two of the most outspoken artistes in the film industry, but Richa Chadha and Ali Fazal have been tight-lipped about their love story. In a cover shoot for Brides Today's July issue, the actors opened up on how they met on the sets of Fukrey in 2012, marking the beginning of a friendship that soon blossomed into love. While it was initially intended as their first magazine cover post wedding, the duo has had to postpone their April shaadi due to the pandemic.

Walking down memory lane, Chadha remembers the moment when she understood that Fazal was her big love. 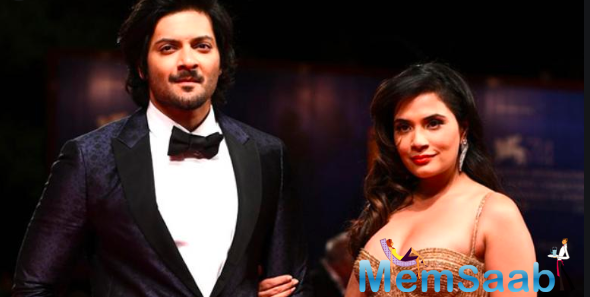 In This Image: Richa Chadha, Ali Fazal
"We were at my house watching the 1992 biographical comedy, Chaplin. I was happy to see him enjoy the movie and grateful to have found someone with similar tastes. That is when I said, 'I love you,'" she recounts, laughing that it took him three months to say the words back to her.

She may be poised in front of the camera, but Fazal reveals it was her clumsiness that stole his heart. 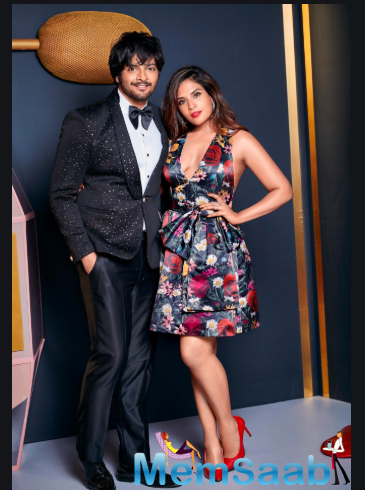 In This Image: Richa Chadha, Ali Fazal
"She thinks I fell in love with her because of her clumsiness and honestly, it is one of the reasons. If she is eating, food will be all over the place, drinks will be spilled and cutlery dropped," jokes the actor, adding that Kuki — as he fondly addresses Chadha — had a classic 'Pretty Woman' moment in Venice. "It was at a fine dining event and Judi Dench was sitting at the next table. Suddenly, a bean went flying over! Of course, it was from Richa's plate."

The story of how Fazal popped the question is as romantic as it is endearing. 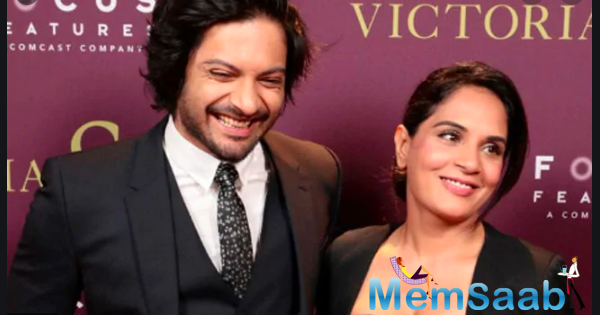 In This Image: Richa Chadha, Ali Fazal
Chadha narrates, "He had planned a romantic dinner on a secluded island in the Maldives. I thought it was for my birthday and didn't suspect a thing. We were sipping on champagne when Ali, being his spontaneous self, asked me to marry him. He didn't go down on his knee, nor did he have a ring, but that's alright." Before you go aww, Chadha delivers the punch line. "After that, he took a 10-minute nap on the sand. I guess he was stressed about the proposal!"
Latest Events