Recently, Yuvraj revealed, he wanted to date Hazel three years ago, but she turned him down. The cricketer apparently asked her out for coffee over the phone, but Hazel – not interested.Some time after that, Yuvraj noticed that one of his friends was also friends with Hazel on Facebook, and so he told the friend to “stay away” as he “would marry her someday.” Sliiightly creepy, I’m going to say, but Hazel laughed it off and said that she hadn’t realised she’d fallen for him until he asked her to marry him while they were in Bali.

Cricket sensation Yuvraj Singh and Bollywood diva Hazel Keech are going to get hooked in December. 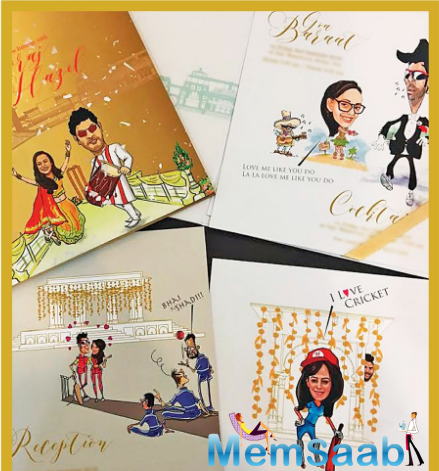 In This Image:
The theme of the wedding is all about cricket with caricatures of Yuvraj and Hazel giving out the details of wedding. This invitation card look is so unique and yet it is so exciting.

They already start their preparation for the ceremony, here they revealed the wedding invitation card. 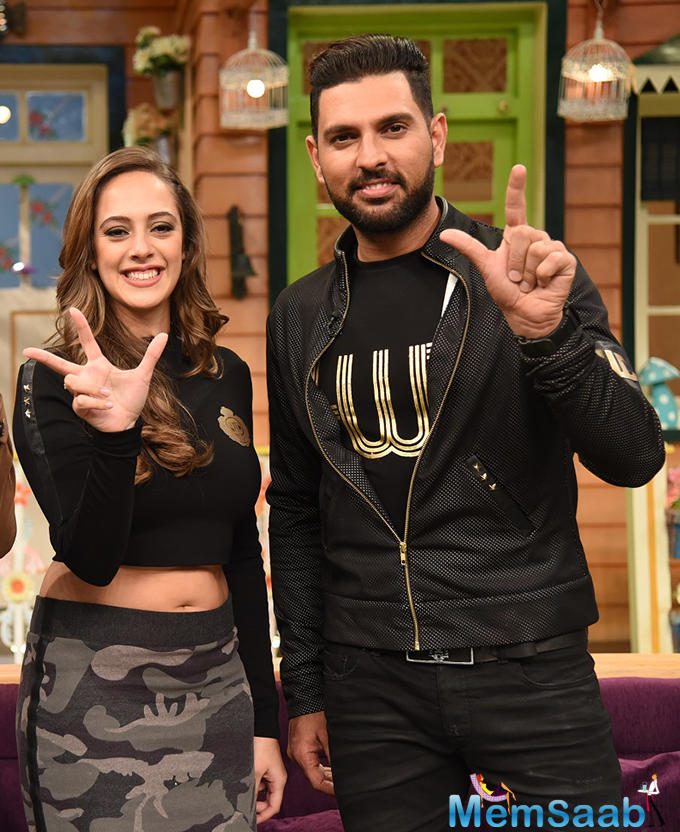 In This Image: Yuvraj Singh, Hazel Keech
We all know Hazel and Yuvraj had a secret engagement last year in Bali and soon they announced their marriage. The designers of the card Sandy and Kapil Khurana came up with this amazing concept and also got a unique name for their wedding.

Sandy was quoted said, “They wanted to do something different and fun, so the reception invite features both of them and there will be a lot of cartoons and illustrations. 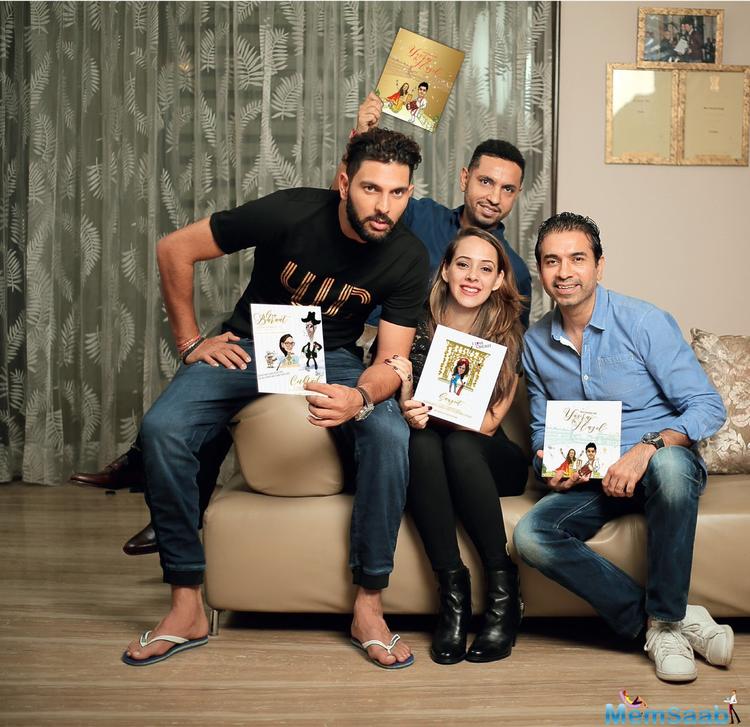 In This Image: Yuvraj Singh, Hazel Keech
The theme is cricket humour and we even coined a special term, YHPL – Yuvraj and Hazel Premiere League!”
Latest Events