Ranveer Singh reminds Sara Ali Khan and Kartik Aaryan on how he played cupid between the two | Memsaab.com

Ever since Sara Ali Khan confessed her desire to date Kartik Aaryan on Karan Johar's Koffee With Karan- 6, the link up rumours were grabbing headlines. So much so that, everyone wanted to see them together. But then Imtiaz Ali happened and cast them in his film. Though their lovey-dovey photos completely make us go on a mush fest, it looks like even Ranveer Singh can't seem to handle their chemistry and ended up reminding them on how it was he who actually played the cupid between them.

If one recalls, during the promotions of Simmba, it was Ranveer who had arranged a meeting between Sara and Kartik. 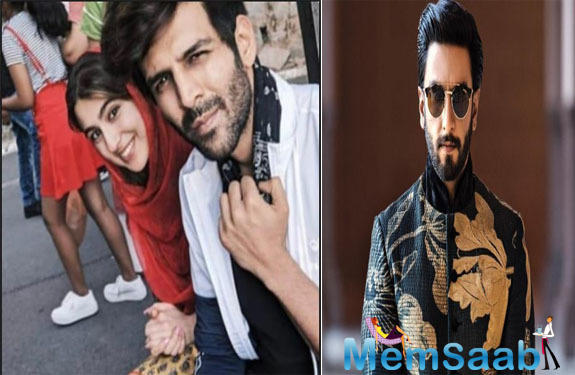 In This Image: Ranveer Singh, Sara Ali Khan, Kartik Aaryan
Further which, when Sara posted an emotional note on her Instagram handle, Ranveer very playfully posted a comment, saying, “So cute ! bhoolna nahi sabse pehle kissne milwaya thha (Don’t forget who introduced you to each other)"

To which, Kartik replied, "And u dont know hw many times i hv read d lines u hv written fr me." 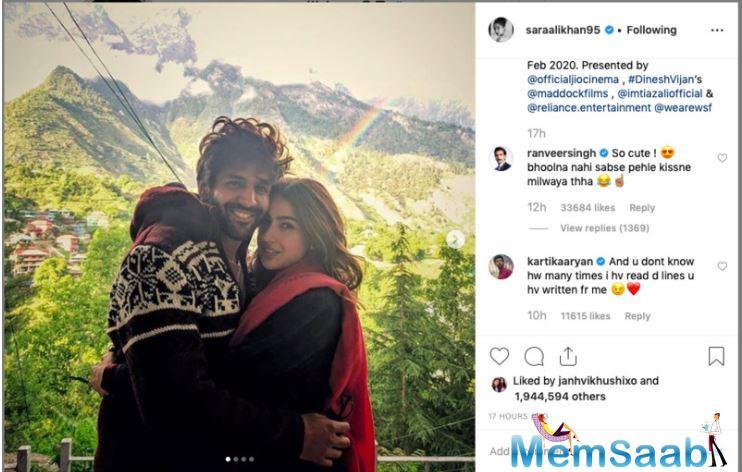 In This Image: Sara Ali Khan, Kartik Aaryan
In her post, Sara thanked Imtiaz and said she would miss Kartik ‘more than I can admit’. She wrote,"Thank you @kartikaaryan for instantly making me comfortable with you, for selflessly giving and for consistently looking out for me. From coffee’s about you to chai’s with you, I wish we could do it all over again, I’m going to miss you more than you know and more than I can admit."

While Kartik too shared an equally mushy post for Sara. Quoting, “And couldn’t have asked for a better saathi in this journey than Princess @saraalikhan95 Want to work with you again and again and again." 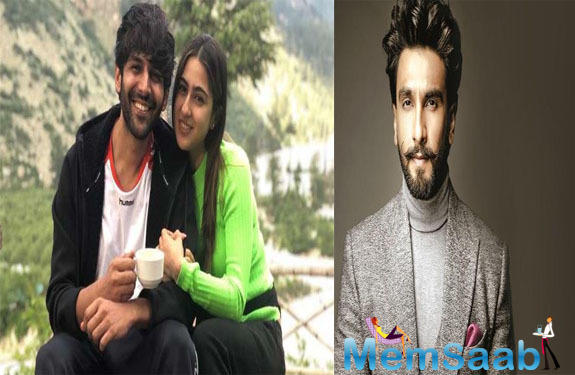 In This Image: Ranveer Singh, Sara Ali Khan, Kartik Aaryan
The film also stars Randeep Hooda in the lead role. Directed by Imtiaz Ali, the film is presented by Jio Studios and produced under the banner of Dinesh Vijan’s production, Maddock films and Reliance Entertainment. ‪Releasing on Feb 14, 2020.
Latest Events