Galleries >> Ranbir Kapoor gets back to work with a cool face mask; says never imagined would have to celebrate birthday with social distancing

Ranbir Kapoor gets back to work with a cool face mask; says never imagined would have to celebrate birthday with social distancing | Memsaab.com

Ranbir Kapoor, who is one of the most loved actors in Bollywood, might not be on any social media platform but his fans get to see the pictures and videos through his friends, family and crew’s official handles on Instagram. As soon his pictures are shared on social media, they go viral in no time.
Ranbir was recently spotted by the paparazzi as he was seen attending the Raksha Bandhan celebration with the Kapoor clan. Even his girlfriend Alia Bhatt accompanied him and later the pictures of family lunch were shared by Kareena Kapoor Khan on her Instagram handle.

Meanwhile, Ranbir has also started shooting for his projects and we got our hands on a few pictures from the sets. 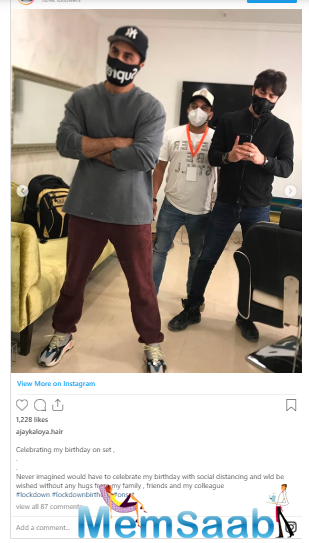 In This Image: Ranbir Kapoor
The pictures were shared by his hairstylist and the actor was seen taking necessary measures to combat COVID-19. In the pictures, he can be seen sporting a grey t-shirt and brown pants with a cool cap and a mask. While clicking the pictures, the actor and his team managed to obey the social distancing norms too. It looks like Ranbir celebrated his hairstylist birthday on the sets.

Recently, Ranbir made headlines as Kangana Ranaut’s team slammed him and tagged him as a ‘skirt chaser’. Her team even called out Deepika Padukone in the same post. 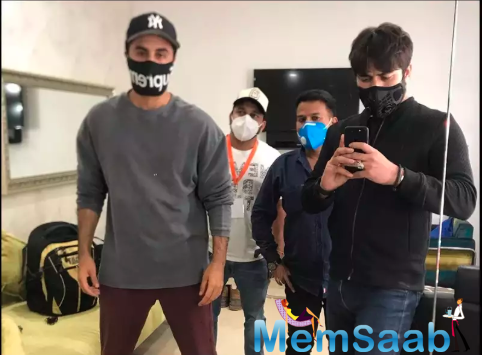 In This Image: Ranbir Kapoor
“Ranbir Kapoor is a serial skirt chaser but no one dare call him a rapist, Deepika is a self-proclaimed mental illnesses patient but no one calls her a psycho or a witch,this name calling is reserved only for extra ordinary outsiders who come from small towns and humble families,” shared Kangana’s team, while replying to a post about nepotism. On the work front, Ranbir will be next seen with Alia in ‘Brahmastra’. The film also stars Amitabh Bachchan.
Latest Events