On May 12, Rana Daggubati announced on social media that he has virtually proposed to girlfriend Miheeka Bajaj in the midst of a pandemic and she had said “yes”. Nine days later, the actor shared pictures from his Roka ceremony with the interior designer and event manager, making the news official. Since then, there have been speculations in plenty about when the couple will be tying the knot till Rana’s father, producer and studio owner, Suresh Babu, confirmed that the wedding will take place on Saturday, August 8.

Festivities have already started. On Wednesday, there was the haldi ceremony at the bride’s Jubilee Hills residence in Hyderabad. 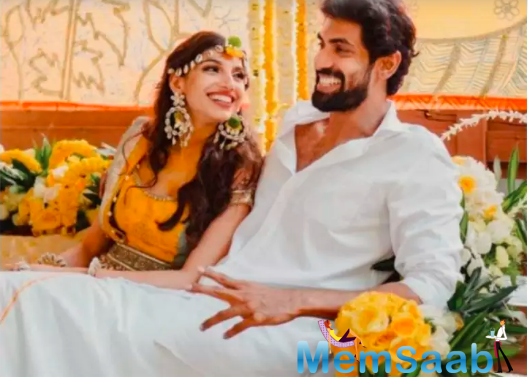 In This Image: Rana Daggubati, Miheeka Bajaj
Miheeka opted for a traditional yellow attire, complete with shell and floral jewellery. The decor was straight out of the Nizam era, with gold drapes and baskets of lush marigold. The function was attended by her immediate family and a few people from the groom’s family, including Rana himself, who opted for a plain white shirt and a dhoti. Everyone was dressed in shades of sunny yellow, cream and marigold and maintained social distancing. Masks were mandatory. In fact, the lady who has knocked the Bahubali actor for a six, had made a style statement at the engagement by getting herself a designer mask that matched her outfit.

The wedding will be at the Ramanaidu Studios, where the Roka ceremony had taken place earlier. 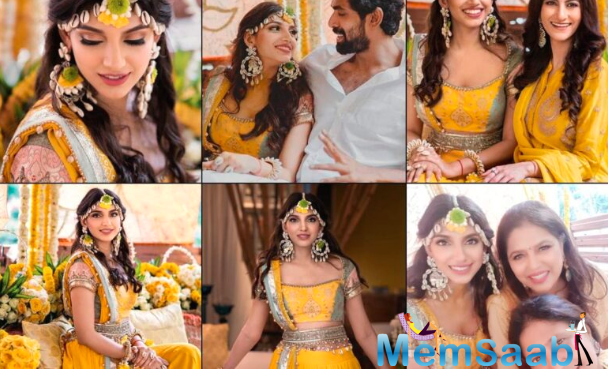 In This Image: Rana Daggubati, Miheeka Bajaj
There will be just around 30 guests from the bride and groom’s immediate family.
Latest Events