Among the B-Town actors, who ensure that they always stay in touch with their fans and followers on social media is actress Radhika Madan. Not only does she post stunning pictures, but she also gives a glimpse of her wit and humour through the captions that she shares along with her posts. Many times she opts for lyrics from film songs that she matches with the situation in the picture, while at other times she relies on some clever wordplay. The ‘Mard Ko Dard Nahi Hota’ actress recently shared a picture that has her walking along the beach. “Seas the day!” she wrote with it.

Radhika looks stunning in the picture in which she is soaking in the Sun. 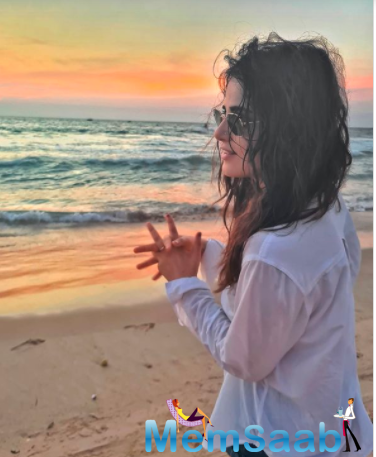 In This Image: Radhika Madan
Dressed in a simple button-down white shirt and denim shorts, she can be seen sporting a pair of cool glares and her trademark smile. Radhika, who started her showbiz career with television, was also seen in ‘Pataakha’ directed by Vishal Bhardwaj. Her last release was ‘Angrezi Medium’, in which played Irrfan’s daughter.

Her next film, ‘Shiddat, directed by Kunal Deshmukh, will be an intense love story. 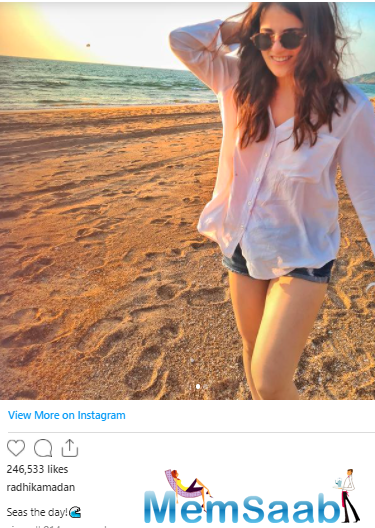 In This Image: Radhika Madan
She will be seen sharing screen space with Sunny Kaushal, Mohit Raina and Diana Penty in the movie.
Latest Events