Priyanka’s mother Madhu says she has met Nick Jonas but it’s too early to have an opinion | Memsaab.com

News of Nick Jonas meeting Priyanka Chopra’s mother Madhu Chopra in Mumbai may have gone viral but the actor’s mother believes it is too early to make a definite statement. Speaking to DNA, she said about meeting the American singer, “We just went out for dinner where Nick was present. But it was a large group. There were 10-odd people, so I didn’t get the time to know him that well. I’ve met him for the first time, so it’s too early to form an opinion.”

Priyanka and Nick are in India and their high profile visit got fans wondering if they are ready to make it official. Nick actually took a step in that direction by posting a video of the actor on Instagram. 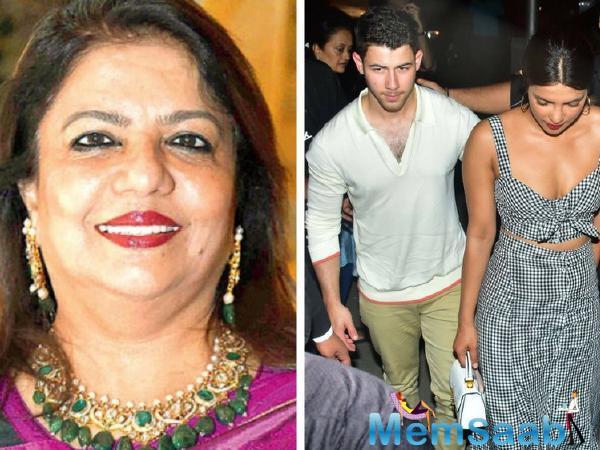 In This Image: Priyanka Chopra, Madhu Chopra, Nick Jonas
The video featured Priyanka walking towards the camera, wearing a big smile and a blue and white dress. The only word written on it was ‘her’ with a heart-eye emoji to go along. On Thursday, the couple reached Mumbai and tried their best to avoid the waiting paparazzi. They were clicked by photographers nonetheless. The much hyped visit of the rumoured couple to India came after a host of dates and Instagram love.

Priyanka recently accompanied Nick to his cousin’s wedding in New Jersey. She reportedly met his extended family including his brother Kevin and his wife and daughter. 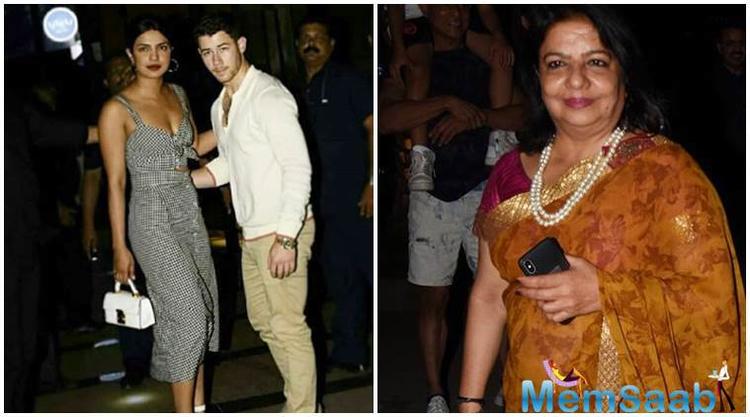 In This Image: Priyanka Chopra, Madhu Chopra, Nick Jonas
She was spotted having a great time at the wedding, walking hand-in-hand with Nick and laughing over conversations with his cousins. Priyanka and Nick met at the 2017 Met Gala where they both arrived together on the red carpet wearing designs by Ralph Lauren.
Latest Events