Narendra Modi Took The Oath Of Office As India's New Prime Minister At The Sprawling Presidential Palace On Monday 26th May 2014, A Moment Made More Historic By The Presence Of The Leader Of Archrival Pakistan. Modi's Inauguration Is The First To Which India Invited Leaders From Across South Asia. Heads Of Government From Pakistan, Sri Lanka, Mauritius, Maldives, Nepal And Afghanistan Attended, And Bangladesh Was Represented By The Speaker Of Its Parliament. But Most Eyes Remained On Pakistani Prime Minister Nawaz Sharif, Whose Visit Could Signal A Thaw In Relations Between The Often Hostile Neighbors 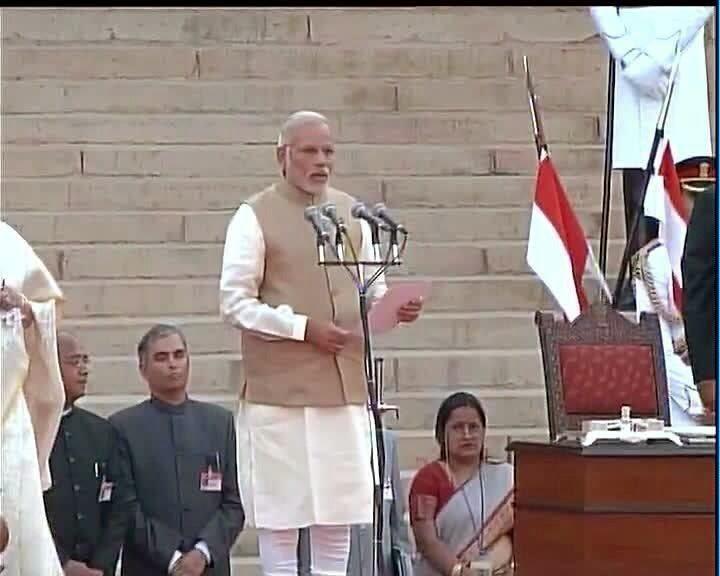 In This Image: Narendra Modi
India Crowned Narendra Modi Its Prime Minister On Monday At A Glittering Event Attended By Leaders From Neighbouring Countries, Top Politicians And Holy Men, And Replete With Symbolism And Grandeur. The 63-Year-Old Modi, Neatly Attired In A Beige Nehru Jacket, Was Sworn In By President Pranab Mukherjee 10 Days After Leading The National Democratic Alliance To A Landslide Win In The World’s Biggest Election 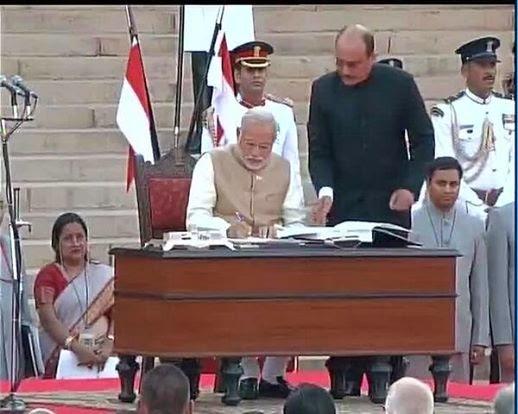 In This Image: Narendra Modi
Indian President Pranab Mukherjee Administered The Oath To Modi And His Cabinet As Thousands Of Guests, Including Politicians, Business Leaders And Movie Stars, Watched. Outgoing Prime Minister Manmohan Singh Was Seated Next To Sharif. Analysts Said Sharif's Presence Signaled An Easing Of Tensions Between The Nuclear-Armed Neighbors. Pakistan And India Have Fought Three Wars Since Their Independence From Britain In 1947 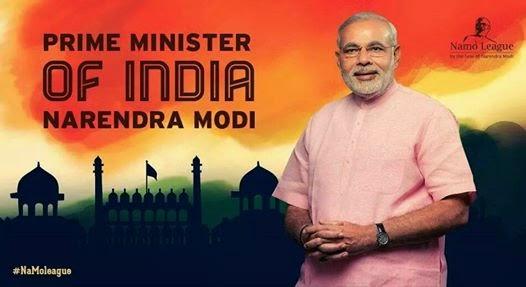