A film that has been the talk of the town is Akshay Kumar, Vidya Balan, Sonakshi Sinha, Sharman Joshi, Nithya Menen and Kirti Kulhari starrer Mission Mangal. Based on ISRO’s space mission to Mars, the film will showcase the journey of the scientists who were involved in the launch of India’s first mission to Mars. The film’s teaser was released a few days back and left everyone speechless. Akshay, who will be seen playing a senior scientist, mentioned that the film is a tribute to all women scientists.

Today, Akshay and other cast members took to social media to share another poster of Mission Mangal and also shared the release date of the trailer. 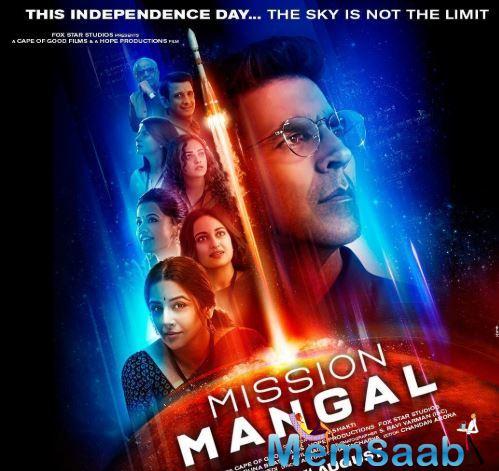 In This Image: Akshay Kumar, Vidya Balan, Taapsee Pannu, Sonakshi Sinha, Sharman Joshi, Nithya Menen, Kirti Kulhari
The new poster featured the entire cast like Sonakshi, Vidya, Sharman, Nithya, Kirti and Akshay who were intently looking after the space mission to the planet mars. The trailer to Mission Mangal will be out in July 18. So, all fans can buckle up to join the stars on this emotional yet historical ride.

A few days back, Akshay had a shared a photo of the female cast of the film and had mentioned that Mission Mangal is completely dedicated to the women scientists who made it a success. 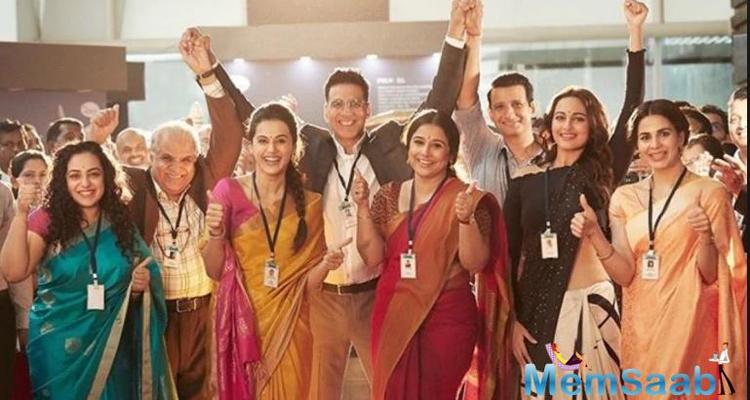 The film is helmed by Jagan Shakti and was announced back in November 2018. It did get involved in some copyright issue but later was resolved. 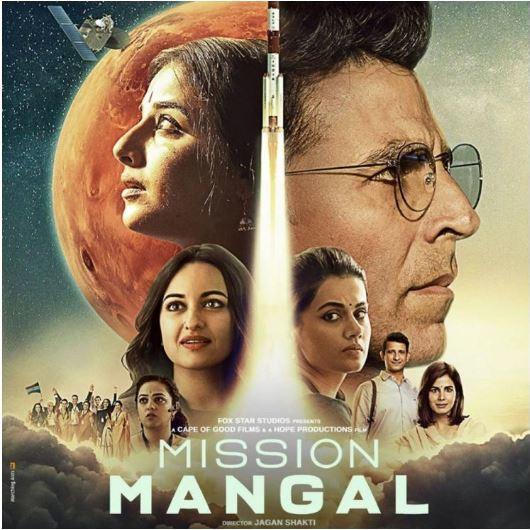 In This Image: Akshay Kumar, Vidya Balan, Taapsee Pannu, Sonakshi Sinha, Sharman Joshi, Nithya Menen, Kirti Kulhari
Being backed by R Balki and Akshay Kumar, Mission Mangal is one of the most anticipated films of the year. It will be releasing on August 15, 2019, and will clash with Prabhas, Shraddha Kapoor Saaho and John Abraham and Mrunal Thakur’s Batla House.
Latest Events