A 30-year-old Manager of singer Mika Singh was found dead on February 3 at the playback singer’s studio in Andheri, Mumbai. Police on Friday said that she allegedly killed herself after consuming sleeping pills. According to a report in Mumbai Mirror, Inspector P Bhosle of the Versova police station said that that the body of Soumya Zoheb Khan had been found in the living room on the first floor of Singh's studio at Bungalow No 19, MHADA colony in the SVP Nagar area of Four Bungalows at around 10.15 pm.

Elaborating further, he added that she was under depression and died due to drug overdose. He also stated that the post-mortem reports did not suggest any foul play. 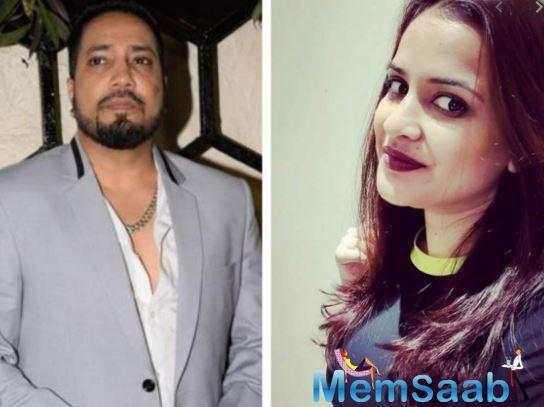 In This Image: Mika Singh
Bhosle also reportedly said that Khan was working as a clerical staff at Singh's studio for some time. She was under depression owing to family problems.

The manager reportedly returned from an overnight party at around 7 am. Her death came to light when she did not come out till late in the evening. 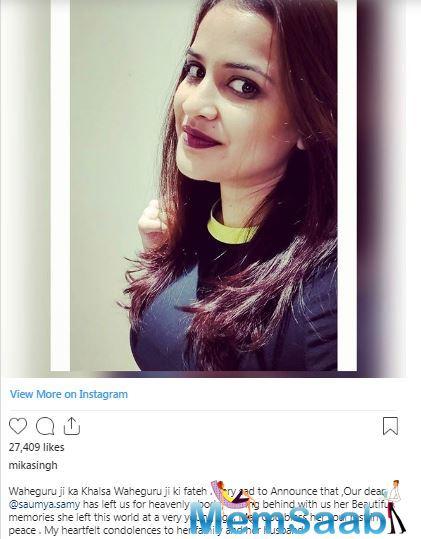 In This Image:
At around 10:15 pm, some workers, who were on the ground floor of the studio, went upstairs to inquire. They found Khan lying motionless. She was rushed to a hospital where she was declared dead. Mika had taken to his social media handles to share the news of her sad demise. He also shared a picture of her with a heartfelt post.
Latest Events