Galleries >> Mika Singh to Kangana Ranaut: Shame on you

Mika Singh to Kangana Ranaut: Shame on you | Memsaab.com

Singer Mika Singh is upset with Bollywood actress Kangana Ranaut for misidentifying an elderly Sikh woman, who had joined the farmers' protest, as Bilkis Bano of Shaheen Bagh. "I used to have immense respect for @KanganaTeam, I even tweeted in support when her office was demolished. I now think I was wrong, Kangana being a woman you should show the old lady some respect. If you have any etiquette then apologise. Shame on you," tweeted Mika from his verified account.

Mika's tweet on Thursday evening came in response to a tweet by Kangana alleging that the 'Shaheen Bagh dadi' had also joined the farmers' agitation over the new farm laws at various border points of the National Capital Region. 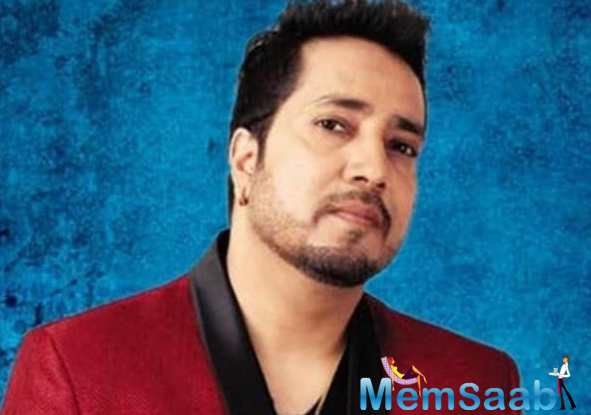 In This Image: Mika Singh
She had retweeted the post with pictures of two elderly women, including Bilkis Bano, and wrote that the "same Dadi" who featured in Time Magazine was "available in 100 rupees". In her tweet, the actress had said: "Ha ha ha she is same dadi who featured in Time magazine for being the most powerful Indian... And she is available for 100 rupees. Pakistani jurno's have hijacked international PR for India in an embarrassing way. We need our own people to speak for us internationally."

Mika's tweet came after Kangana engaged in an ugly Twitter battle with actor Diljit Dosanjh over her misidentification of the elderly lady on Thursday. 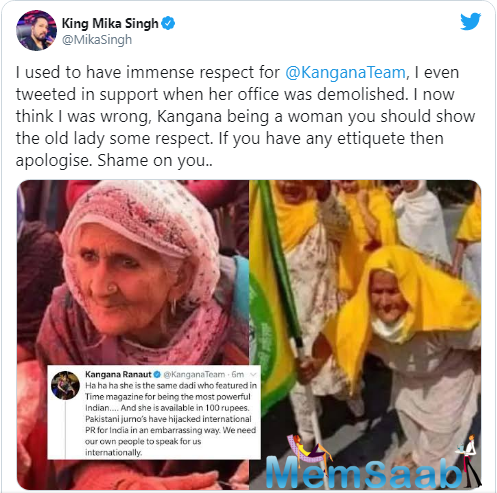 In This Image:
While Diljit received the support from several Bollywood celebrities, actor Gulshan Devaiah took a dig at Kangana without naming her. "I prefer Diljit Dosanjh vs Alexa. Alexa didn't understand s**t but was at least civil about it," Gulshan tweeted from his unverified account.
Latest Events