Malaika Arora and sister Amrita always give us style goals no matter which event they're attending. Be it a party or an awards function, the Arora sisters sure know how to up their style quotient every single time. Malaika and Amrita are one of the most popular sibling pairs in Bollywood. The sisters tend to hang out together quite often and have the same set of friends. This picture shared by Malaika is sure to make you want to twin with your sibling right away!

Malaika shared a picture of herself with Amrita and wrote, "Accidental twinning with the sis @amuaroraofficial .... coz we think alike... #wegotourlooksfromourmama#sistersledge" 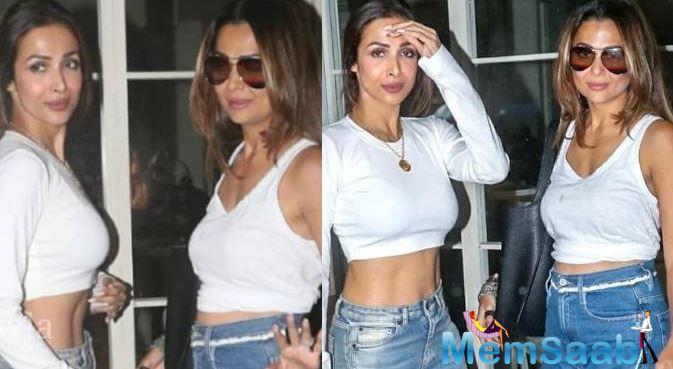 In This Image: Malaika Arora , Amrita Arora
The sisters are wearing the same classic colours - white with light blue. While Malaika opted for a white crop top with a pair of blue denims, Amrita looks chic in a denim skirt with a slit and a sleeveless white crop top. Both sisters chose white sneakers to complement their outfits.

Malaika and Amrita look fit and gorgeous in all their outfits and that's because the sisters believe in working out and doing yoga. They're spotted frequently going to the gym and performing yogasanas, sometimes together. 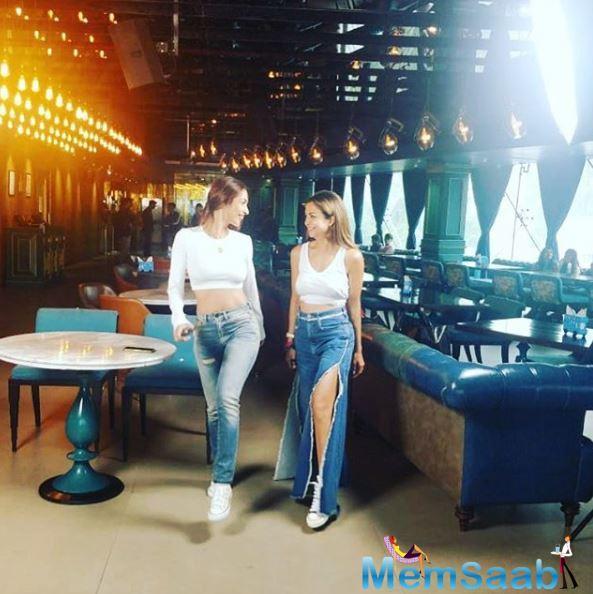 In This Image: Malaika Arora , Amrita Arora
Malaika Arora, on the work front, has been one of the judges on India's Got Talent and a judge and host on India's Next Top Model. She recently admitted to being in a relationship with Arjun Kapoor, after a long time of not making anything official. In an interview with IANS, Malaika said that everybody deserves a second chance. In India, for a woman, taking a second chance in love is still taboo, she said.

"It is a taboo because there are a lot of situations and issues that need to be tackled in our country, though I think the issue needs to be looked at with an open mind," she told IANS. 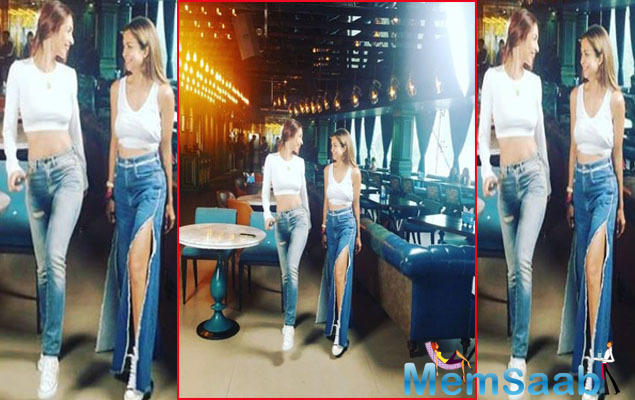 In This Image: Malaika Arora , Amrita Arora
Malaika further added, "A little more sensitivity (is needed), as opposed to being harsh and callous and negative towards things. I think it is important to be inclusive. When I talk of second chances, I'm thinking of making the most of second chances. I think everybody should be given a second chance," she said. The Chaiyya Chaiyya girl is also an entrepreneur and a regular at award shows and industry functions.
Latest Events