Galleries >> Kriti Sanon to undergo a major transformation for 'Mimi', to gain 15 kilos for the role of a surrogate mother

Kriti Sanon to undergo a major transformation for 'Mimi', to gain 15 kilos for the role of a surrogate mother | Memsaab.com

Kriti Sanon is currently on a roll with good films falling rightfully into her kitty. The gorgeous actress, with projects like Bareilly Ki Barfi, Luka Chuppi and several others, has managed to win the hearts of the audience and critics alike. It isn't an unknown fact that she is amongst the favourites of top directors and producers and all thanks to her immense talent, we as audience and cinema lovers, are getting to watch some impeccable acting and meet strong characters. With her last outing Panipat, Kriti has once again proved to be a bankable star of recent times.

Now, with yet another film, Kriti is set to narrate an emotional tale of surrogacy in Mimi. 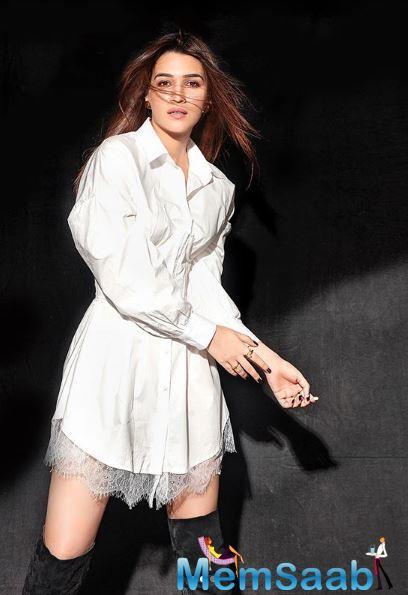 In This Image: Kriti Sanon
For the film, the svelte actress will be gaining 15 kilos. Talking about playing the role for the first time and gaining weight, Kriti told it is a challenge for her as she is required to get into her new self within a short span of time. She further added that she is excited to see the transformation for the role that is close to her heart. “For me, putting on so many kilos is actually a challenge as it’s very new for my body. I have to in a way fight my metabolism and increase my calorie intake to gain that much weight in a short time. But I’m excited to see the transformation. It's a role very close to my heart and I want to give it everything I can, even if that means not taking up any other work in the process," Kriti told.

A source close to the film added that Kriti has increased the intake of carbs and fat. She consumes products like cheese, ghee, junk food etc. 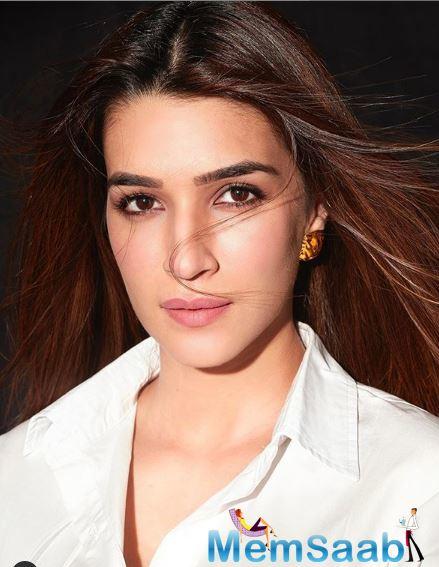 In This Image: Kriti Sanon
"Kriti has gone all out to ace the role. To gain weight, she had to increase her carb and fat intake. It includes cheese, desserts, ghee, junk food, fried stuff, potato, sweet potatoes. She has never been on a diet and ate everything. She also had to increase the quantity of every meal and the calorie intake. She also sometimes had to eat when she was not hungry," a source told.

Mimi tells the tale of surrogacy and is based on the Marathi film Mala Aai Vhhaychy starring Urmila Kanitkar in the lead role. 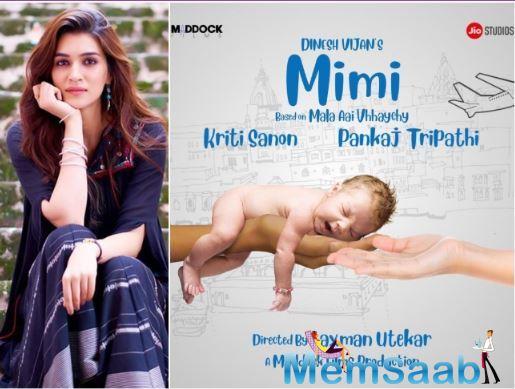 In This Image: Kriti Sanon
Apart from Kriti, Mimi stars Pankaj Tripathi in the lead role. Speaking of Mala Aai Vhhaychy, the film was released on February 11, 2011, and went on to win the National Film Award for Best Feature Film in Marathi. It was written, directed and produced by Samruoddhi Porey, a practicing lawyer in Bombay High Court. The release date and further details about Mimi are yet to be confirmed.
Latest Events