Kriti Sanon was invited to the Coach Spring Summer 2020 show in New York recently. Kriti Sanon looked lovely in a Printed Prairie Dress and Bianca Sandals with Leather Paillettes, and carrying a Tabby Shoulder Bag 26. Kriti was excited to be invited for the show and said, "It was such a surreal experience to watch the Coach Spring Summer 2020 show front row at New York Fashion Week. I've always been a fan of their collections especially their leather accessories."

While in New York, the actress met up with Priyanka Chopra, Natasha Poonawalla, Rohini Iyer and a few others over dinner and shared a photo with the group. 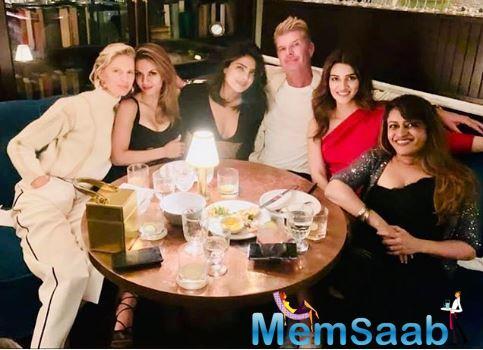 In This Image: Kriti Sanon, Priyanka Chopra
Kriti Sanon captioned the photo as: "Impromptu plans are the best!! It was so lovely meeting u last night @priyankachopra !!#GirlCrush @natasha.poonawalla good to seeya in a different city this time @rohiniyer this trip has been fab..! To many more..!"

Priyanka Chopra, too, had attended the Oscar de la Renta show at the New York Fashion Week and wore a chic black dress that showed off her sculpted abs. Kriti, on the other hand, looked pretty in a red dress and white sneakers. 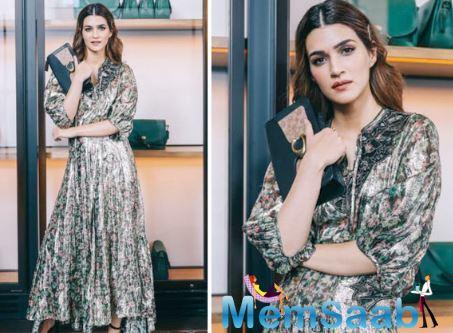 In This Image: Kriti Sanon
On the work front, Kriti Sanon will be reuniting with director Laxman Utekar for Mimi, which revolves around surrogacy. "Dino [Dinesh Vijan, producer] had acquired the rights of the Marathi film, Mala Aai Vhhaychy [2010], a while back. When he had told me about the concept, I loved it and it stayed with me. Months later, while we were on a flight, he narrated a part of the story casually to me, and I had goosebumps, and tears in my eyes. When a film has that effect on you, you know you have to do it," said Kriti in a chat with mid-day.

On Mimi being her first woman-centric film and the expectations that bring, Kriti told mid-day, "It is a huge responsibility and I am nervous as well as excited. 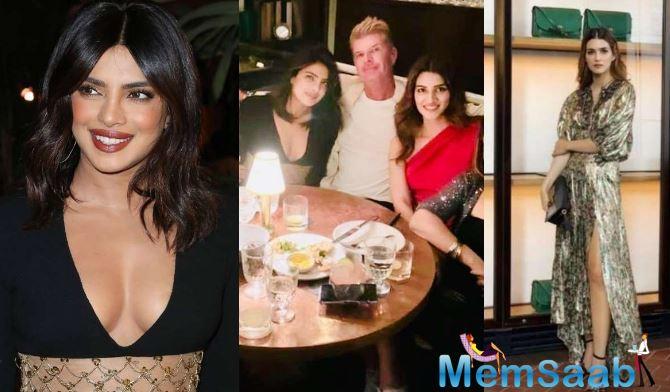 In This Image: Kriti Sanon, Priyanka Chopra
The story is so divorced from my experiences, and I have to portray emotions that I have never felt; that makes it challenging. But I want to take risks. I'm glad that Mimi will be my first so-called female-centric film."
Latest Events