Galleries >> Kriti Sanon: I would love to do a film with Hrithik Roshan

Kriti Sanon: I would love to do a film with Hrithik Roshan | Memsaab.com

Recently, rumours are doing rounds that, there is a plan that Kriti and Hrithik will team up for a film. And when Kriti Sanon asked about the same she said, hope the rumours of her working with the superstar comes true. Hrithik Roshan is currently enjoying the success of his films Super 30 and War had also recently, topped `Top 5 Most Handsome Men in the World`, for the n-th time! Definitely, Hrithik is one sought after name all across- from the leading ladies of Bollywood to the fans who cannot get enough of him.

Hrithik Roshan is one actor who holds a tremendous value of desirability among the audience as well as the leading ladies of the industry. 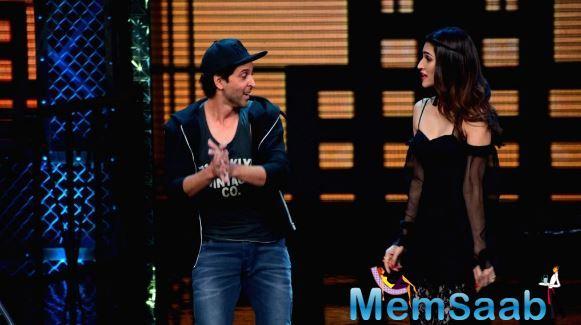 Gushing over the question, the actress responded, “Of course. I have said this in multiple interviews. 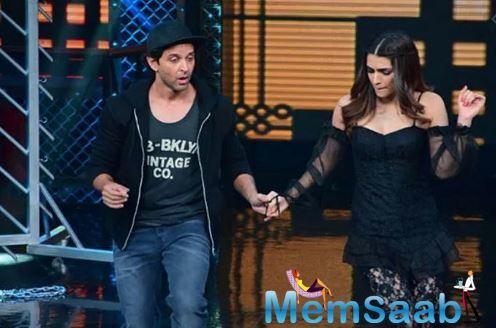 In This Image: Kriti Sanon, Hrithik Roshan
He is someone I have been a fan of and I have had posters in my room of Hrithik and I have also met him and interacted with him. He is a great person.” She further added, “I think he is someone who is very inspirational in everything that he does, battling a lot things in his life in general and performing the way he does. So yeah I would love to do a film with him. I hope that opportunity comes soon and I hope whatever rumour you are talking about, I don't know which one this is, I hope it comes true."

Kriti has earlier also went on record to say how she finds Hrithik, hot and that- she had a crush on him, in an interview. 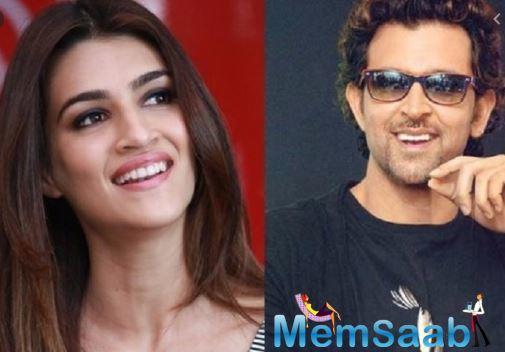 In This Image: Kriti Sanon, Hrithik Roshan
In the past actresses like Kiara Advani, Sonakshi Sinha, Shraddha Kapoor, Norah Fatehi, Tara Sutaria and Mrunal Thakur have spoken about how they had crush on the WAR superstar. There is no denying the fact that Hrithik is one of the most stylish actors in the whole of tinsel town and when he dresses, he dresses to kill. His phenomenal acting skills and popularity sets him apart as the millennial’s superstar.
Latest Events