Talking about Arjun Patiala, Kriti Sanon said at the GeoSpa Global Spa India Awards on Wednesday: "It is releasing on July 19 and of course, the trailer will be out accordingly. I feel it's a completely different kind of a comedy. It's a slightly spoofy kind of a comedy. I don't think that kind of a take on comedy has been done before." "It has shaped up pretty well. I am still in the middle of dubbing of the film. It has got amazing music. I am also looking forward to the release of the film because I had shot that film before Luka Chuppi and Housefull 4 so, when I was doing dubbing of 'Arjun Patiala', I forgot the dialogues of the film."

On her fondness for comedy films, she said: "I think I love comedy. I feel it's very difficult to make people laugh and it's very important also... the kind of stress that we all have in our lives in general. 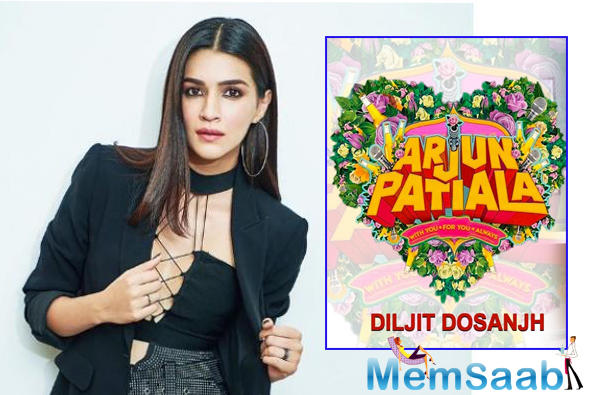 In This Image: Kriti Sanon
When the audience goes to the theatre and if you can manage to make them laugh then, there is nothing better than that. In this film, I am playing role of a crime journalist who is serious about her profession but in a comic environment. We have tried to give a bit of Punjabi flavour to the film."

Kriti and actor-singer Diljit Dosanjh have collaborated for the first time in Arjun Patiala. 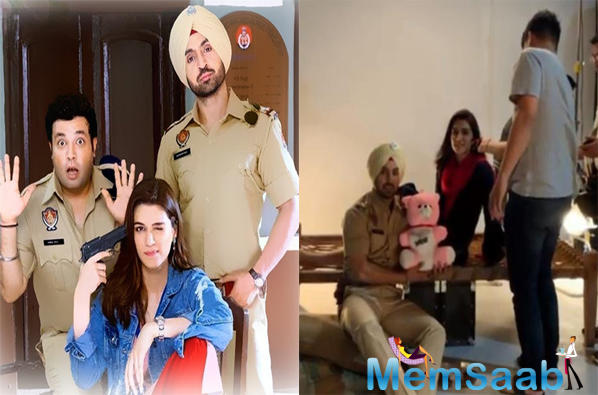 In This Image: Kriti Sanon, Diljit Dosanjh, Varun Sharma
Sharing her experience of working with Diljit in the film, Kriti said: "It was really nice experience shooting for the film. We have shot major portions of the film in Chandigarh. I feel Diljit is a brilliant actor. What really amazed me was that we had not really met before so much and when we did our first scene together on the film's set that time, that scene didn't have any dialogues.

Arjun Patiala also features Varun Sharma. "I had worked with Varun in Dilwale. He is like a brother," she said. 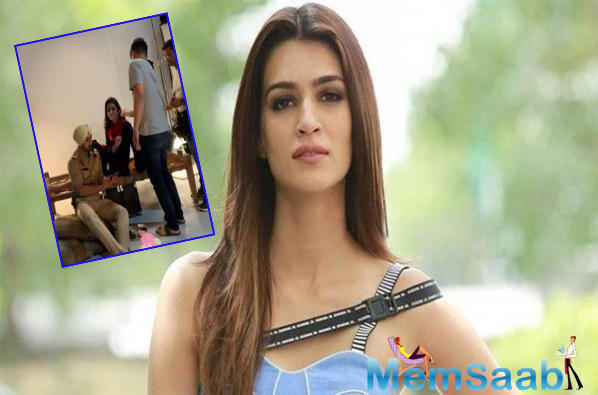 In This Image: Kriti Sanon, Diljit Dosanjh
"We shot together for a song's montage but in that scene also, we felt the chemistry between us because that scene required action and reaction between both of us and nothing was planned so, I feel when you have brilliant actor acting opposite you and if chemistry gets set from the first scene, I don't think you have to worry for the film at all and then you just have to have fun and that's what we did."
Latest Events