Galleries >> Kargil Girl: Angad Bedi on Janhvi Kapoor: You can see a glimpse of Sridevi ji in her eyes when she performs

Kargil Girl: Angad Bedi on Janhvi Kapoor: You can see a glimpse of Sridevi ji in her eyes when she performs | Memsaab.com

Post her Bollywood debut film Dhadak, 22-year-old Janhvi Kapoor has bagged a host of films such as RoohiAfza, Kargil Girl, Dostana and Takht, and after basking in the success of Dhadak, Janhvi dived onto the sets of her next film- RoohiAfza and Kargil Girl. While the shooting of RoohiAfza has been wrapped up, the cast and crew of Kargil Girl are still shooting for the film and in the film, while Janhvi will play the role of Gunjn Saxena, Angad Bedi will play her brother.

During an interview, Angad Bedi opened up on working with Janhvi Kapoor as he said that she is a lovely girl and extremely hardworking so much so that besides her lines, she knows the other actors lines too. 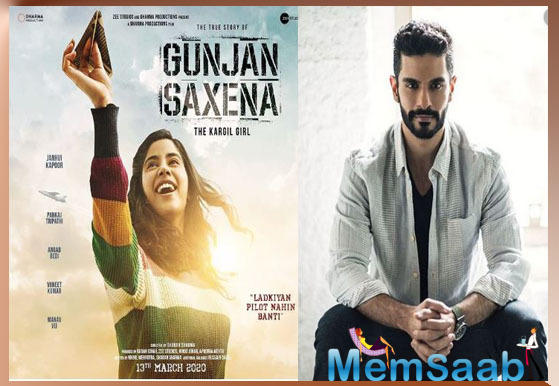 In This Image: Angad Bedi, Janhvi Kapoor
“Where she comes from the way she has projected, she is a star with the millennial audience. She has a great lineage of Sridevi ji, being Sridevi ji's daughter. When she performs you can see a glimpse of Sridevi ji in her eyes,” said the Soorma actor. Not just this, Angad added that Janhvi Kapoor has got a lot of humility and she has immense respect for others, and she is a very likeable person.

Talking about Kargil Girl, the film chronicles the story of Gunjan Saxena who was the first female Indian Air Force pilot to enter the war zone during Kargil War of 1999. 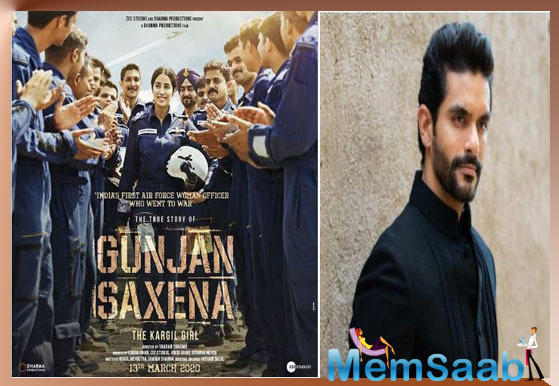