For most of the stars, their nieces and nephews hold a special place in their hearts and they love spending time with them. For Kareena Kapoor Khan, her sister Karisma Kapoor’s daughter, Samaira is extremely special. Bebo seems to be a chill and fun ‘maasi’ and she loves to spend time with Samaira and Kiaan. We often get to see photos of Karisma, Kareena, Taimur, Samaira and Kiaan hanging out together and it surely looks adorable. Being a mother herself, Bebo was quizzed about the advice she has for her niece in a recent chat show and she surely nailed it.

In the chat show of Romedy Now, Kareena spoke about social media and its effects on our lives. 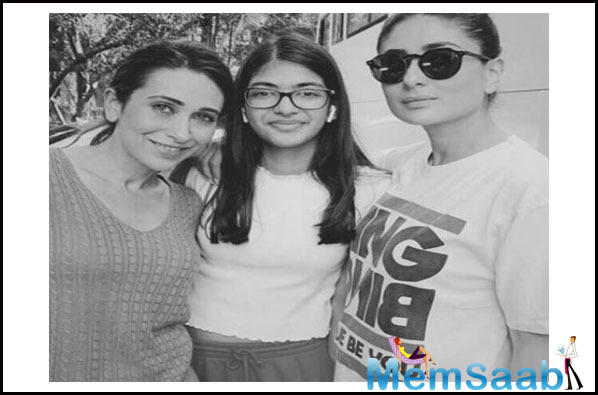 In This Image: Karisma Kapoor, Kareena Kapoor Khan, Samaria
While talking about it, Bebo even gave a valuable piece of advice for her niece. Kareena mentioned the effects of social media on life and stated that she has been constantly telling her sister, Karisma that Samaira’s time on social media should be reduced. Bebo also mentioned that she often sees Samaira using social media apps like Snapchat and more and feels she is missing on out regular things like reading a book or more.

Talking about Samaria, Kareena said, “My sister has a 14-year-old and she is also constantly on social media like Snapchat and everything else. All that goes on all day. I told Lolo that it has to be limited. 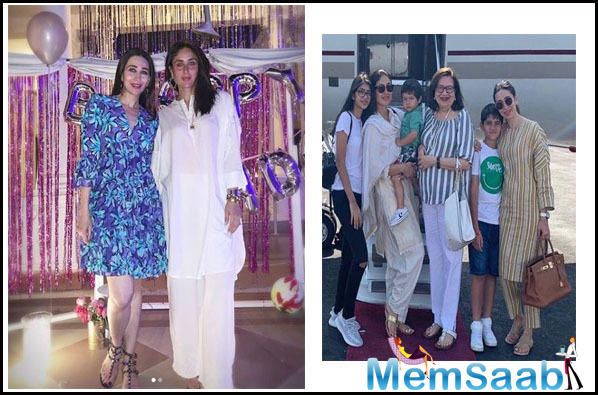 In This Image: Karisma Kapoor, Kareena Kapoor Khan, Samaria
Because then it is just about you're sitting there and that's all you're doing. You're not reading a book, you're not looking out of the window, you're not conversing with anyone, you're not spending time with family, friends, nothing. We're losing the essence of even a nice chat. It is important to limit social media.”

Kareena herself isn’t on social media. However, her team keeps sharing updates about the Veere Di Wedding actress on it. 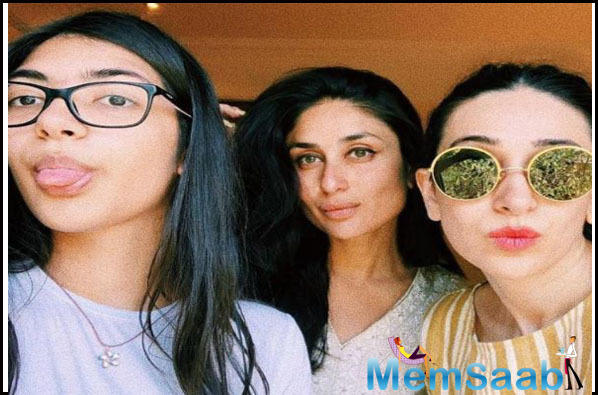 In This Image: Karisma Kapoor, Kareena Kapoor Khan, Samaria
Even sister Karisma keeps posting family photos from their vacation. Recently, Karisma, Samaira, Kiaan, Kareena and Taimur were holidaying in London and their photos went viral on the internet. Karisma also joined Bebo and Saif at Pataudi Palace for her sister’s 39th birthday celebration and shared photos and videos from the same on Instagram. On the work front, Kareena is gearing up to kick start work on Aamir Khan’s Lal Singh Chaddha.
Latest Events