Galleries >> Kareena Kapoor: There should at least be two more decades of me

Kareena Kapoor: There should at least be two more decades of me | Memsaab.com

Tucked away in an unassuming neighborhood of Bandra, the building one walks into is familiar, the backdrop for Taimur Ali Khan’s innumerable paparazzi pictures. On the second floor is the office Kareena Kapoor and Saif Ali Khan share. Scattered around are stacks of books, from Rumi’s poems and Thomas Carlyle’s The French Revolution to Boccaccio’s The Decameron, Rujuta Diwekar’s Don’t Lose Out , Work Out and Chetan Bhagat’s Five Point Someone. One also spots a range of true scale versions of luxury cars and bikes and a cubby hole marked with his name, amidst posters of the actor-couple’s many films, conveying that the office belongs as much to the little one as his parents.

Begum Bebo sits pretty, on a pistachio chair styled like a throne. In the first film that she signed after marriage, 'Veere Di Wedding', she played a non-committal bride-to-be, Kalindi Puri who finds support in her girl gang. 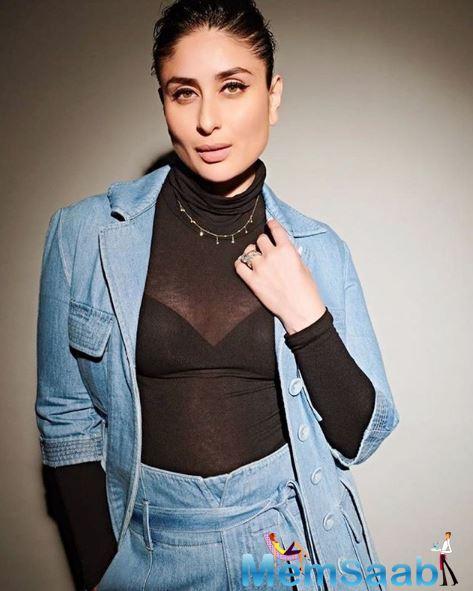 In This Image: Kareena Kapoor Khan
Now, after giving birth to Tamiur in 2016, she plays a mom-to-be in 'Good Newz', that deals with an IVF goof up. Ask her if she’s choosing films according to which point she is at in her life and Kareena points out that she was the first to come on board, hooked by Raj Mehta’s (director) narration by the interval. “We were thinking of taking new people then, but when superstar Akshay Kumar came along, the budget was restructured and Diljit and Kiara roped in to make the film a multi-starrer,” she informs. You can’t resist asking how she disclosed the 'good news' to Saif when her pregnancy was conformed. “It was qui and organic. We had wanted a child, and Taimur is the best thing that could have happened to my life,” she smiles serenely.

Kareena reunited with her 'Kambakkht Ishq' co-star after 10 years but recounts that she was present when Akshay gave his first shot for 'Deedar'. 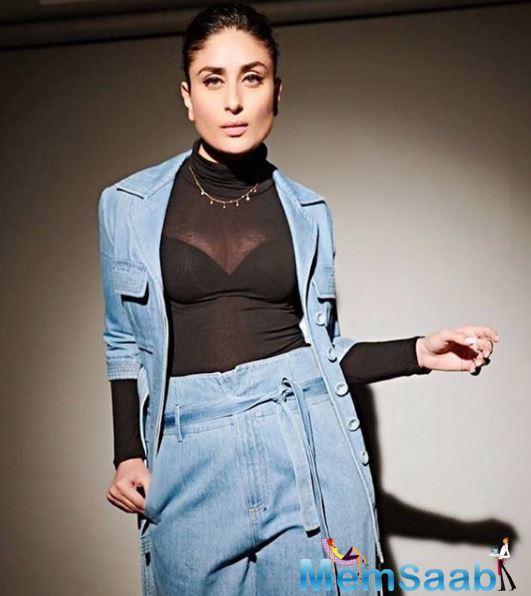 In This Image: Kareena Kapoor Khan
“I have known him since I was nine, it’s a 30-year relationship no Whenever his film rele my mother (Babita) rushes to the theatre. Akshay’s a Virgo like me—all heart. He was the first one to find out I was in love with Saif and didn’t even tell his wife. When Twinkle found out, she called him and blasted him. He’s going through one of the best phases, professionally. I compare him to Mr (Amitabh) Bachchan, a bona fide superstar. Whatever he's, turns to gold,” she vels. She’s also returned her 3 Idiots co-star, Aamir Khan, and confides he’s the only actor who makes her tongue-tied with his mind, film choices and cinematic genius. Taimur, who will soon turn three, accompanied her the Punjab schedule of the and explaining her reasons, mamma says, “He has working parents and he should know how it is. I keep him in the hotel mostly because of the pollution, but he came on the sets twice.” A boy who’s growing up amidst films must have his favourites? “He’s only interested in animals and jungle safari. He reads and loves drawing, which he is good at. We have introduced him to 'The Jungle Book', which I dubbed for. He’s made friends with all the animals and goes around looking for them, screaming, ‘Where are you Bagheera, Baloo, Akela?’ Kareena relays, saying she plans to also introduce him to the 'Golmaal series', 'Jab We Met' and eventually, 'Omkara', because it featured Saif too.

Given that Taimur is growing up in the public eye, Kareena and Saif’s parenting decisions must be quite different from textbook versions. 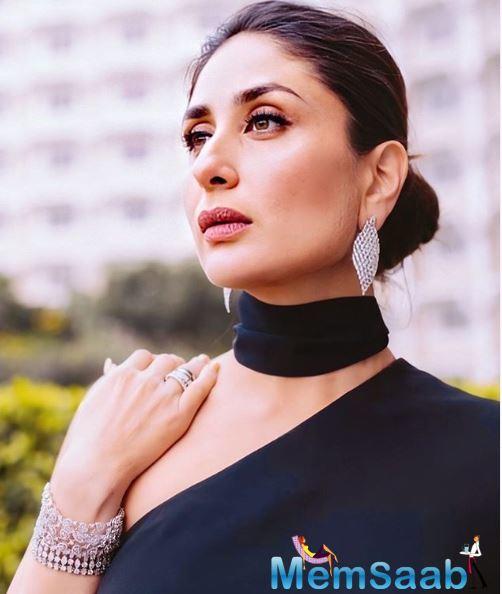 In This Image: Kareena Kapoor Khan
She agrees, saying they are only teaching him the difference between good and bad, and leaving the rest up to him. “He’s a relaxed guy, everyone has made him into a superstar but he is just a child. Give him time to achieve something.” Does belonging to a filmi them with aparazzi ture etter? “We don’t want to teach him to shy away while walking down the street or cover his face; we can’t scar him that way. I was always arisma’s sister growing but that’s about it. Of e, the digital age is a t ball game and you can only try to keep them sane,” she reasons.

She and Saif have been married for seven years now and Kareena admits she protects their relationship with kid gloves and never takes him for granted. 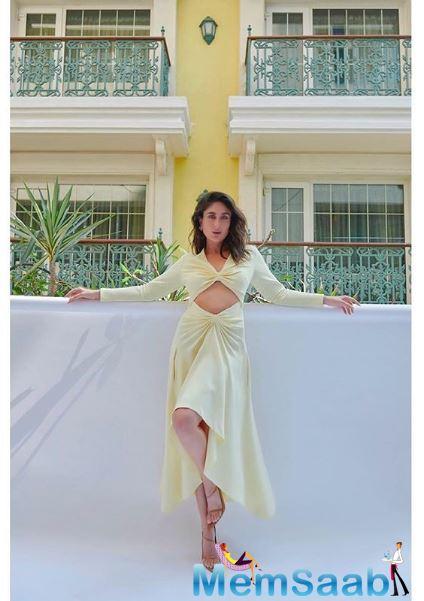 In This Image: Kareena Kapoor Khan
“Our priority is always the three of us, we like to do the same things and he likes that I divide my time equally between being a mother, wife and actress. We both want to do good films and roles and eventually settle somewhere with our children, be like a family-family,” she says wistfully.

Pointing out that her husband is going through an interesting phase, Kareena gushes that it’s wonderful to have come so far, then, change things around by being the first to have done a digital show. 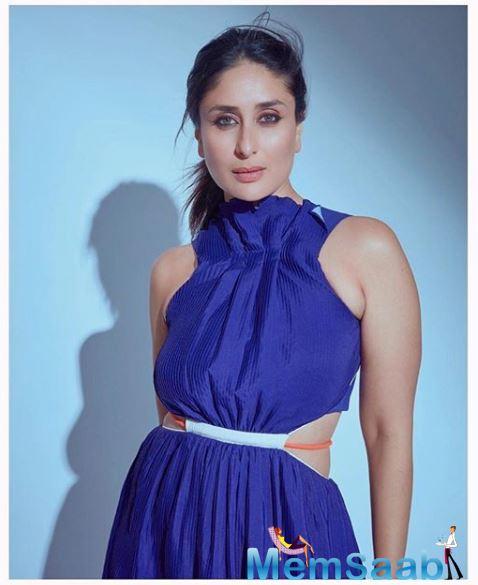 In This Image: Kareena Kapoor Khan
“Only he could have done it, there will always be only one Saif,” she says proudly, adding that’s true of her too, as she did women-centric films like 'Chameli', 'Dev' and 'Omkara' when they were not fashionable. “You can’t put me in a box and label me.”

Having debuted with 'Refugee' in 2000, Kareena will complete two decades in the industry next year and turns 40 in September 2020. 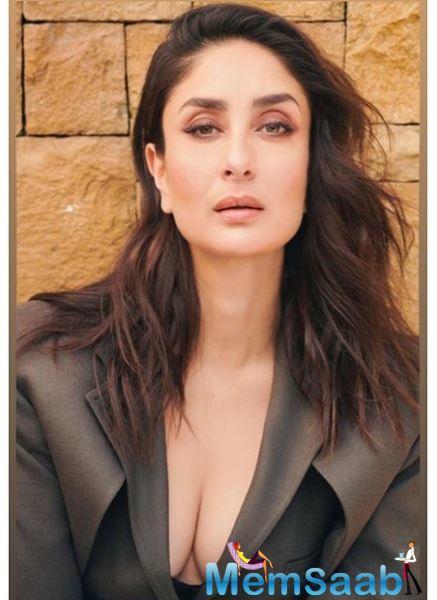 In This Image: Kareena Kapoor Khan
“I’m excited about hitting the milestone, as also about two amazing films—Takht and 'Laal Singh Chaddha'. “There should at least be two more decades of me,” she concludes with a smile.
Latest Events