Galleries >> Kareena and Karisma to share the silver screen for the first time in 'Zubeidaa' sequel titled 'Rutbaa'?

Kareena and Karisma to share the silver screen for the first time in 'Zubeidaa' sequel titled 'Rutbaa'? | Memsaab.com

According to reports of an entertainment portal, writer-filmmaker Khalid Mohamed is conceptualising a film which will be the sequel to Karisma's 2001 released critically acclaimed Zubeidaa. Khalid, who wrote the Shyam Benegal directorial has also come up with the title Rutbaa. According to sources close to the development, Karisma will be seen in flashback portions while Kareena is said to play her daughter who will decode the mysterious death of her mother. Khalid, it seems has scripted the film keeping the two actresses in mind.

Reportedly, Khalid had written the script of Rutbaa (The Honour) keeping Karisma and Kareena in mind. 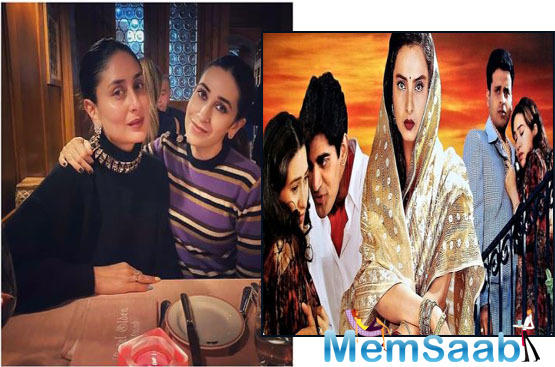 In This Image: Kareena Kapoor Khan, Karisma Kapoor, Rekha
“The sequel will make Karisma appear only in flashbacks as the main character would be Kareena who would be investigating her mother's mysterious death. But as he's very busy writing the script for his next project - the sequel to New Delhi Times, Khalid hasn't been getting much chance to make that movie, so he is converting the research material into a novel, called The Imperfect Prince," the source told.

The entertainment portal also spoke to Khalid who said he is yet to talk to Karisma and Kareena about Rutbaa. 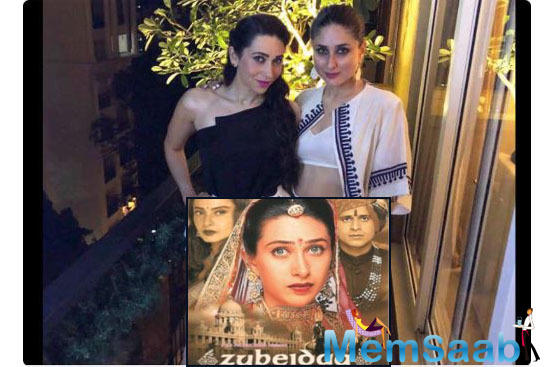 In This Image: Kareena Kapoor Khan, Karisma Kapoor
Adding that it would be nothing short of a fantasy for him to cast them together, Khalid told the sequel will work only if the sisters say yes. He then went on to point out that Rekha, Anil Kapoor along with Kareena and Karisma are on his wishlist if Zubeidaa 2 is made with his book The Imperfect Prince as the reference. 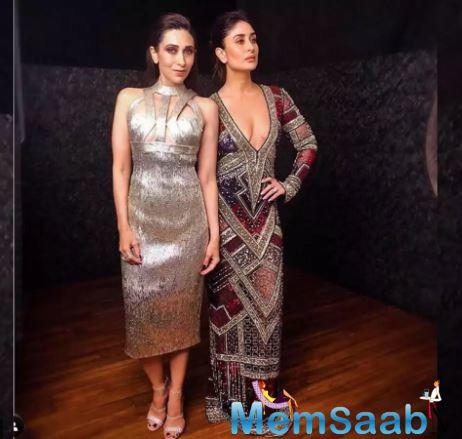 In This Image: Kareena Kapoor Khan, Karisma Kapoor
“While I haven’t spoken to them, I hope they would consider my offer. It would be a fantasy for me to see them together in Rutbaa. I would also like to have a director matching my sensibilities to direct it. There are very few left of the sensibilities of Shyam Benegal who know that culture and milieu. If Kareena and Kareena agree to do it, it would work. If a sequel is made through my book, The Imperfect Prince, which is fact and fiction, Rekha, Anil Kapoor, Karisma and Kareena would definitely be on my wish list of actors,” Khalid said.
Latest Events