Kangana Ranaut’s Thursday mantra is all about sweating it out in the gym as she preps for Panga | Memsaab.com

After wrapping up the Delhi and Kolkata schedule of Ashwiny Iyer Tiwari’s Panga, Manikarnika actress Kangana Ranaut is prepping hard for the sports drama as she is learning the game of kabaddi, and over the past few weeks, Kangana is being regularly snapped outside her gym. And today, Kangana kick-started her Thursday morning with a workout session in the gym and in the pictures, Kangana is seen wearing black shorts paired with a white tee but it was her curly locks that had all our attention.

Although Kangana was drenched in sweat but she made sure to smile at the paps before sitting inside her car. 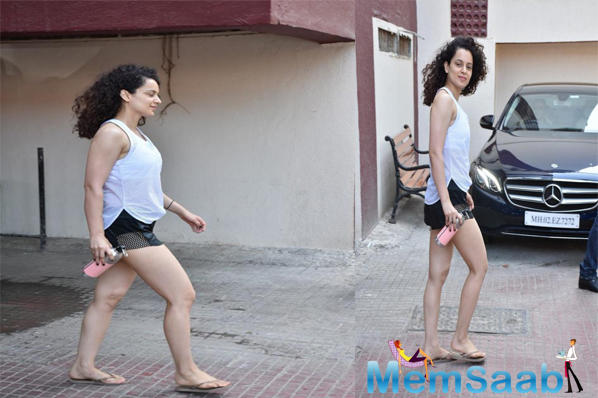 In This Image: Kangana Ranaut
In the film, Kangana Ranaut will be essaying the role of a national-level kabaddi player and for the same, Kangana has been prepping hard to learn the ropes of kabaddi. A few days back, Kangana Ranaut was snapped outside a polling booth in Mumbai as she had come to cast her vote, and on the sidelines of the Lok Sabha Elections, Kangana urged every citizen of the country to vote as she said, “It's a very important day. This day comes once in five years, so please make use of this. I feel India is gaining its independence in the real sense of the term today. Because before this, we were servants of Mughal, British and Italian governments. So please exercise your right and vote.”

After Manikarnika, Kangana’s next directorial project is reportedly based on a real-life story, and the film is mounted on a huge budget. 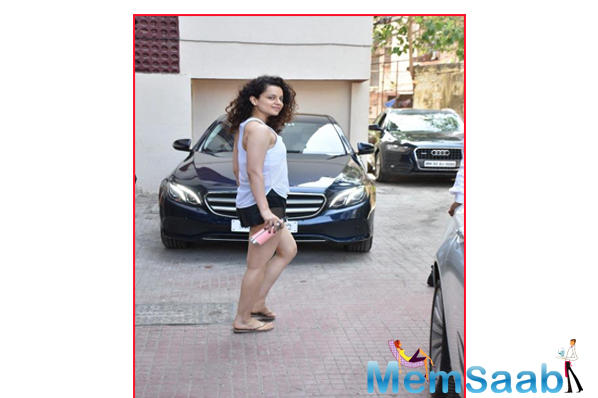