Meezaan Jaffrey is the new kid on the block, who has already won hearts with the trailer of his debut film Malaal. The actor, however, is taking it easy and says that being an actor is not just about looks and physique. “Lots of people have this misconception that ‘wow he looks good,’ but it is not about ‘accha lagna’ (looking good),” he says. “You should look rich and polished also, but the minute you open your mouth is when they will know how efficient you are. Somewhere it is in your eyes. Physicality plays a big part, but it is not just about that.”

The budding star, who is Javed Jaffrey’s son, is well aware of the nepotism rut. 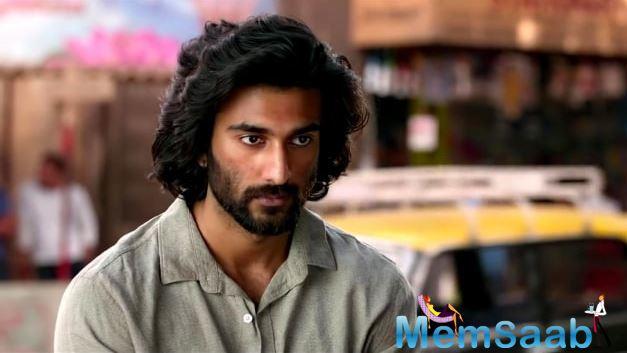 In This Image: Meezaan Jaffrey
“At the end of the day, people know that my dad is Javed Jaffrey and I am the son of a celebrity; there is no denial. I probably got one step easy, but eventually, we all have to get the acceptance from the audience and that struggle remains the same,” he explains. “As far as pressure is concerned, I think I felt it when I was filming and while I was doing workshops. Now that the film is ready, I am at ease because I have done my best and done a good job; I have been told this by Sanjay Leela Bhansali and my director. Now, I am waiting for my family and people to watch it. My job is to do my best; rest is in the audience’s hands,” he adds.

Meezaan, who is now serious about acting, reveals that it was not his original plan. 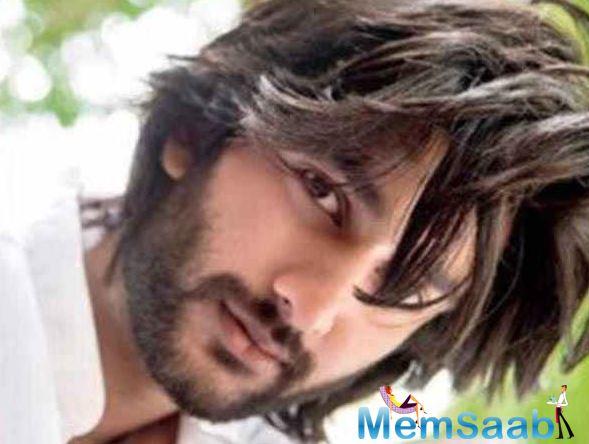 In This Image: Meezaan Jaffrey
“I never intended to get into the industry or try filmmaking. I was actually inclined towards sports and music. My co-star Sharmin (Segal) is my classmate, and she was assisting for Mary Kom. After we were done with school, I was studying business, but then I joined film school because I thought business did not suit me and I wanted to try editing and direction,” he says. Adding more about his relationship with Sharmin, he says: “Sharmin was heading the costume department for Bajirao Mastani and one day she said, ‘Ranveer (Singh) is not here to try his costume’ and she wanted someone to try it, and so I volunteered. I knew I would meet Bhansali sir, so I was nervous. He didn’t know I was Javed’s son and he randomly told me ‘Meezaan, you should become an actor,’ and I didn’t know what to say. I was taken aback, as that was so random! I was overwhelmed. At the same time, he told me that he wants to launch me, and after that I became more serious about it. If someone like SLB is giving you this opportunity, you have to grab it.”

On the personal front, Meezaan reveals that his relationship with his father, Javed, was marked by awe and respect, while he was more comfortable with his mother. 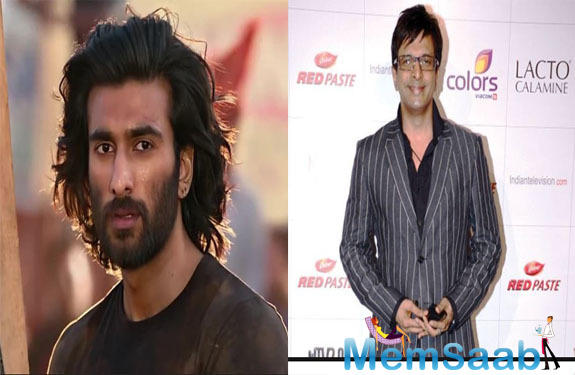 In This Image: Javed Jaffrey, Meezaan Jaffrey
“My relationship with my father is gradually getting friendly. I think this is the case with everyone after the age of 23, when you really start to understand the role of a father, and then you change,” he explains. “With guys, it has always been that they are closer to their mothers. I was closer to my mother and she is very supportive, but with my dad, it’s always been about behaviour and discipline; we were very scared of him. There is a thin line between fear and respect, and whenever he used to come home, we used to keep quiet. It was like that. He is a very strict father,” the actor says about Javed, who is a multi-talented force in the industry. Further, talking about his grandfather Syed Ishtiaq Ahmed Jaffrey, who is better known as Jagdeep, Meezaan says, “With my grandfather, I could make up for the acting bit in the film industry, because he has an enormous amount of experience. He used to tell me a lot of stories and share his experiences, so I learned more about acting through my grandfather. But yes, I learnt a lot about dancing from my father.”

Javed Jaffrey originally brought reality shows to India with Boogie Woogie, of which he was the host. 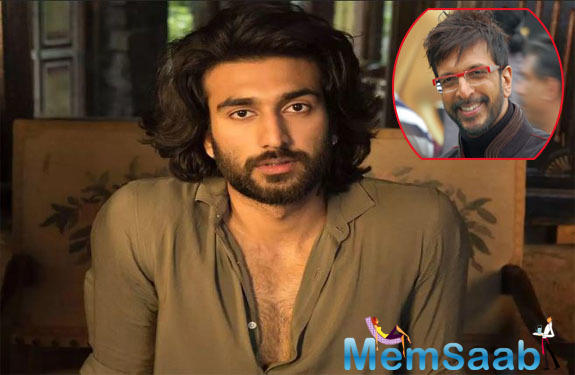 In This Image: Javed Jaffrey, Meezaan Jaffrey
Meezaan is extremely proud of his dad for this. “He is the pioneer of reality television in India and a trendsetter; he bought to India whatever people are doing now, you cannot deny that,” he says. “Boogie Woogie started when I was seven years old. I have grown up watching the show, which went on for 17 years. It is a part of my family and life. It was helpful and it was just a fun ride. I am so glad that they did that show,” he continues, adding, “We are desperately trying to push and revive it,” which will “hopefully be soon.”

Meezaan has previously been in the news due to his relationship with Amitabh Bachchan’s granddaughter Navya Naveli. 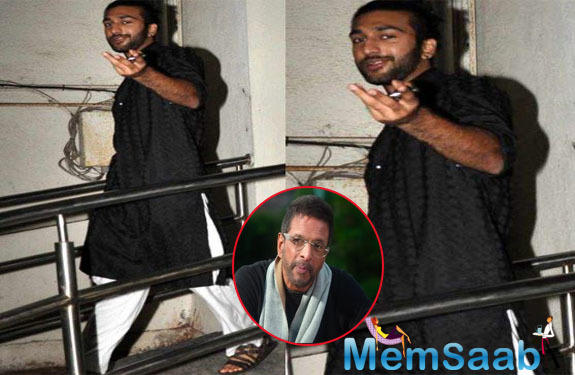 In This Image: Javed Jaffrey, Meezaan Jaffrey
Speaking on the matter, Meezaan says that she is a really good friend of his, and that their families know each other well. “She is studying in New York with my sister, and they are best friends. I know her through my sister. We all went for a movie together and we got pictured together there, and then we went for a lunch and again we got photographed. People actually didn’t know who I was, and the paps were just following her car and taking her pictures. But just because I happened to be with her at the time, they linked us up and people started believing that we are together. But we are not together, we are just good friends. I am not in any relationship,” he concludes.
Latest Events