Galleries >> It is not a preachy and serious film: Kriti Sanon talks about her upcoming project 'Mimi'

It is not a preachy and serious film: Kriti Sanon talks about her upcoming project 'Mimi' | Memsaab.com

After Luka Chuppi -- her solo-heroine release opposite Kartik Aaryan -- became a hit upon release in March, Kriti Sanon's latest multistarrer Housefull 4 has taken the box office by a storm. She now awaits the release of Ashutosh Gowariker's period drama Panipat, co-starring Arjun Kapoor. Kriti's other upcoming film right now is Mimi, which she has described as her strongest role till date, with the plot revolving around her role. She plays a surrogate mother in the film.

Now in a recent interview with a daily, Kriti revealed that the surrogacy-based Mimi will be an entertaining film. 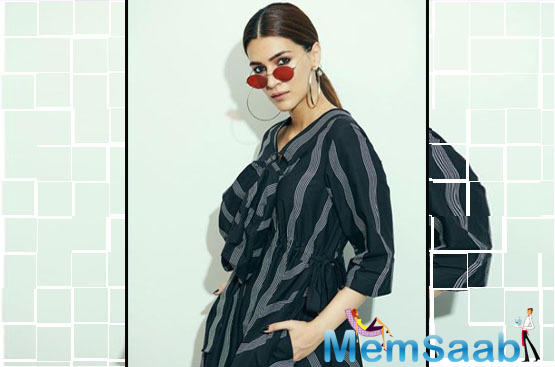 In This Image: Kriti Sanon
“In my heart, I knew that I wanted to do Mimi. We have already shot for 40 percent of it and it has been a lot of fun. It is one of the most beautiful scripts that I have read by far,” the actress shared. Adding that Mimi is not a preachy and serious film, Kriti mentioned, "It is not going to be a documentary on surrogacy. It’s a very entertaining film filled with humour, and there is a beautiful graph of the character that I am playing. She wants to be an actress and she is a dancer, and the story is about how she ends up becoming a surrogate mother; what happens in her life which elicits change. I feel like it’s a beautiful script. So I am glad I am part of this one.”

The film reunites her with Laxman Utekar of Luka Chuppi fame and will also star Pankaj Tripathi. 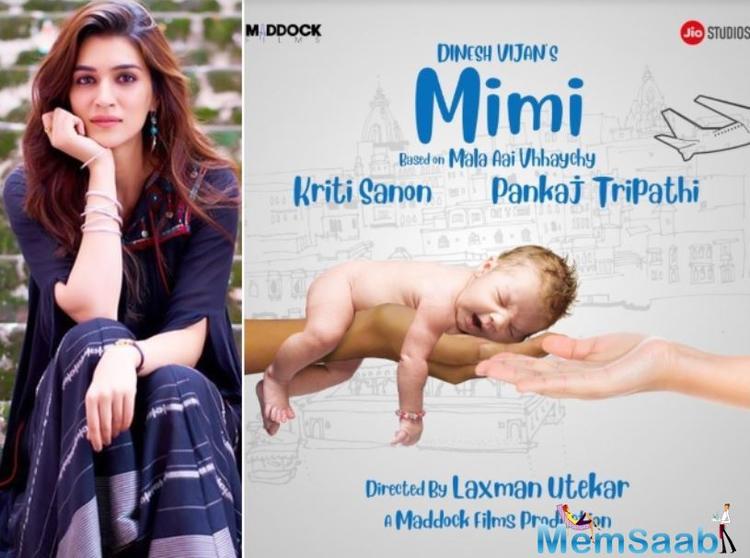 In This Image: Kriti Sanon
“Laxman sir and I have a great tuning. I shot with him for Lukka Chuppi also. We have these same ideas many times, so when the tuning is so right, I feel it becomes a lot easier. It is a very special role for me because surrogacy is a topic that has not been explored much here. They have a knack of taking the subject and making it entertaining,” the actress signed off by saying.
Latest Events