Mukesh Ambani and family, who are known for their larger than life celebrations, have left no stone unturned to make the wedding of their daughter Isha Ambani unforgettable - a proof of which is the sheer grandeur during the celebrations with former US first lady Hillary Clinton in Udaipur.Clinton, who arrived in Udaipur on Saturday, was seen quite excited for the celebrations as she danced to bhangra beats and Bollywood numbers with John Kerry, former US Secretary Of State, the entire Ambani clan and B-Town stars including Shah Rukh Khan, Aamir Khan, Karan Johar, Aishwarya Rai Bachchan among others.

In a recent Twitter video, Clinton, who was dressed in Indian attire, can be seen grooving with SRK to hit Bollywood music like 'Lets Nacho,' 'Abhi Toh party shuru hui hai,' 'Tune Marri Entry,' 'Jumme Ki Raat' and many others. 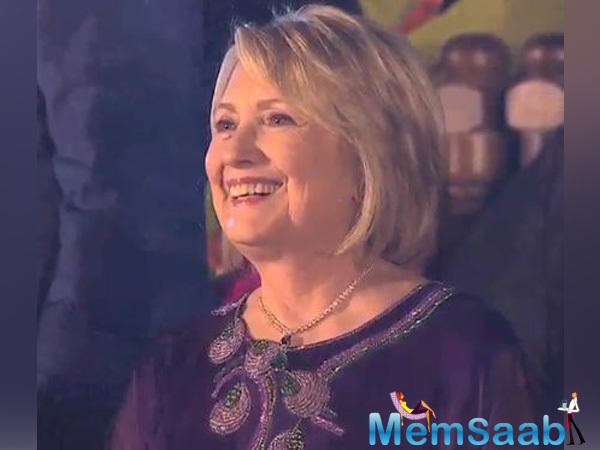 In This Image: Hillary Clinton
It was one of the major highlights of the star-studded night. Clinton also visited Swadesh Bazaar, an initiative of Reliance Foundation celebrating 108 traditional crafts and art forms of India, with the bride-to-be Isha Ambani along with her mother Nita Ambani on December 09.

Apart from a host of Bollywood celebrities and the former US first lady, singer Beyonce was among the high-profile attendees at the celebrations in Udaipur. 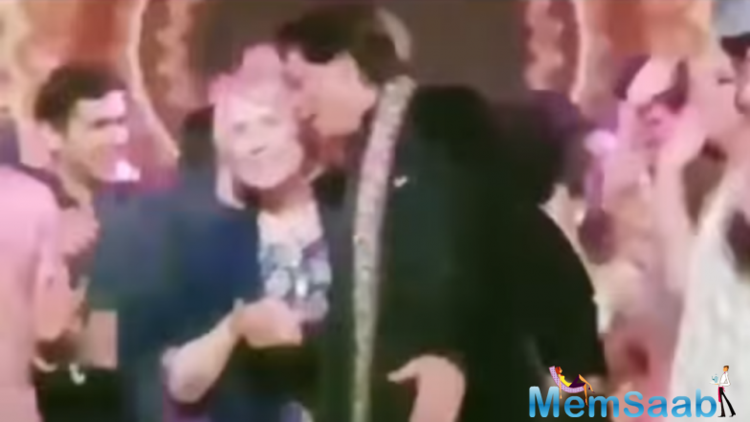 In This Image: Hillary Clinton, Shah Rukh Khan
Also, the event witnessed grand performances by Abhishek Bachchan with wife Aishwarya, SRK with Gauri Khan, Salman Khan, Karan Johar, and others. Isha, the daughter of business tycoons Mukesh and Nita Ambani, and Anand Piramal, the son of Swati and Ajay Piramal -- founder of Piramal Realty, a leading real estate firm in India, will tie the knot today at the Ambani residence in Mumbai.
Latest Events