Janhvi Kapoor, ever since she made her debut with Dhadak in 2018, has become a sensation in B-Town. Soon after, the pretty actress, who is the daughter of late Sridevi and Boney Kapoor, is being flooded with a range of interesting films. While Janhvi, after Dhadak, is yet to return to the screens, she is busy shooting for multiple projects at a time. Now, as per the latest development, the 22-year-old actress has been roped in for yet another film.

According to the buzz, Janhvi has reportedly replaced Kiara Advani in Shashank Khaitan's next, which is said to be titled Mr. Lele, co-starring Varun Dhawan and Bhumi Pednekar. 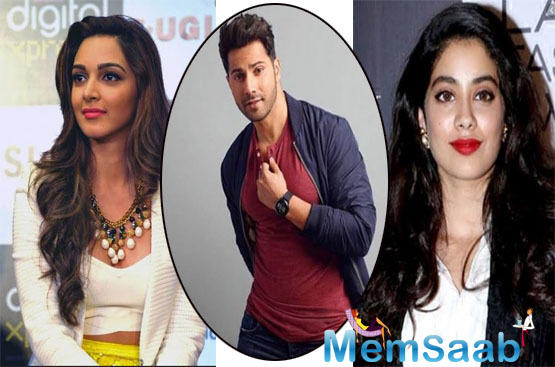 In This Image: Janhvi Kapoor, Varun Dhawan, Kiara Advani
As per reports, Kiara, who is basking in appreciation for her role in the recently released Good Newwz, walked out of Mr. Lele owing to date issues. Soon, the film, if reports are to be believed, landed into Janhvi's kitty. If the buzz is true, Janhvi will be reuniting with Shashank who directed her in Dhadak and will mark her maiden collaboration with Varun, who has also worked with the filmmaker on the Dulhania series in the recent past.

Mr. Lele is said to be an out-and-out commercial entertainer, produced by Karan Johar under his banner Dharma Productions. The film will reportedly go on floors in mid-2020. 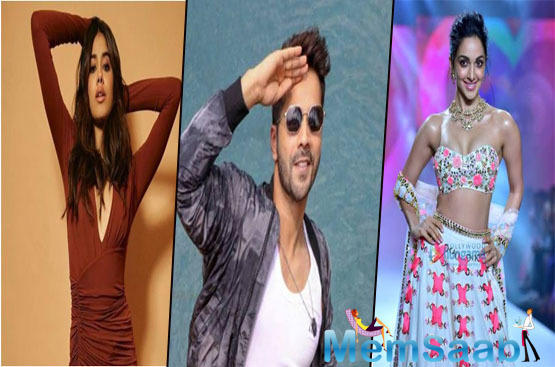 In This Image: Janhvi Kapoor, Varun Dhawan, Kiara Advani
Workwise, Janhvi will be seen as IAF Pilot Gunjan Saxena in her biopic titled Gunjan Saxena: The Kargil Girl. She will also star opposite Kartik Aaryan in Dostana 2, with Rajkummar Rao in RoohiAfza and Takht. On the other hand, Kiara will be seen in Indoo Ki Jawaani.
Latest Events