Galleries >> Gauri Khan on Shah Rukh Khan’s sabbatical, ‘he will be up and about shortly’

Gauri Khan on Shah Rukh Khan’s sabbatical, ‘he will be up and about shortly’ | Memsaab.com

Post the debacle of his last film Zero with Anushka Sharma and Katrina Kaif, Shah Rukh Khan is on break. The superstar has decided to take a break for treating his fans with a new project. While earlier reports stated that King Khan has signed up a new film with Sultan director Ali Abbas Zafar, SRK was quick to clear the air of him doing any film with the director. Now, during the latest interview romance King’s star wife Gauri Khan has spoken about his break and also about his kids- Aryan, Suhana, and AbRam getting papped every time they step out.

While in a conversation with Zoom, when Gauri Khan was asked about SRK’s sabbatical, she said, she’s quite excited about his much-needed break. 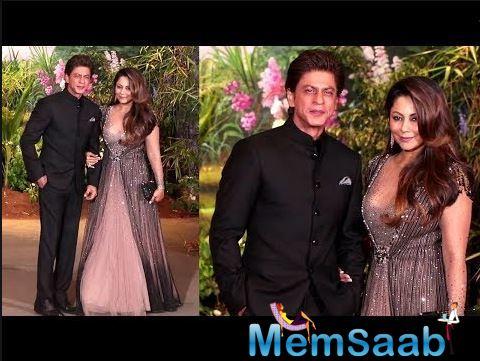 In This Image: Gauri Khan, Shah Rukh Khan
She said, “It was required. More than anything else, it’s high time he took his break. I am happy I can travel while he’s at home and he takes good care of AbRam. So, I am super excited. If I am not there for the little one then he’s there, it suits me. I think he will be up and about very very shortly.”

When she was asked about the paparazzi culture, which sees their kids- Aryan, Suhana, and AbRam getting snapped, 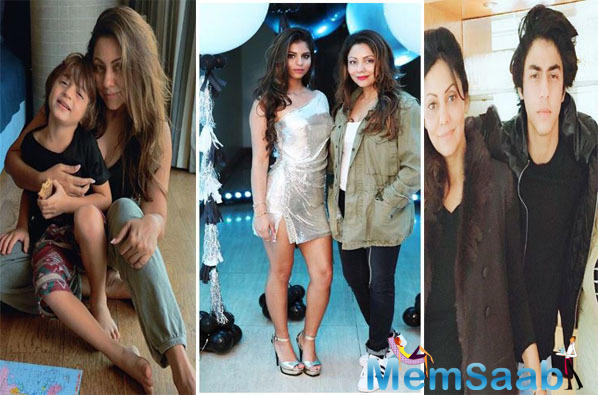 In This Image: Gauri Khan, AbRam, Aryan Khan, Suhana Khan
Gauri said, “Aryan and Suhana have been away for the number of years. Aryan has been away for 8 years and Suhana for 7 now. They don’t really for the face that, once in a way, they are back for holidays and stuff they do get papped and I think they are okay with it. It’s not a constant pressure, because they are not stepping out in Bombay, they are stepping out wherever they are studying in whichever part of the world. When they come back, few times they step out they deal with it. It’s just become the way of life and I think they are not giving it so much attention and energy. I think they have learnt to deal with it and they’re okay”

Talking about AbRam Gauri said, “AbRam is not going to the spaces where the paps are. 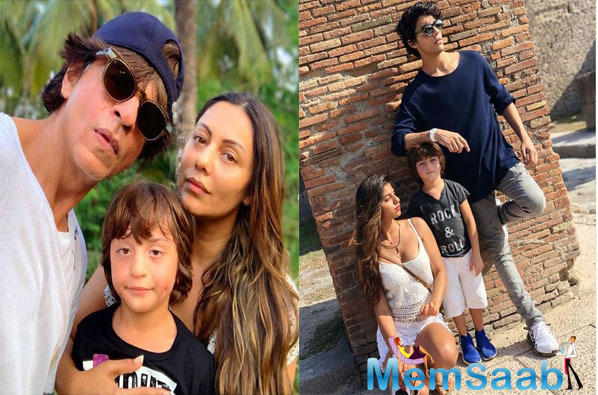 In This Image: Gauri Khan, Shah Rukh Khan, AbRam, Aryan Khan, Suhana Khan
He’s avoiding them and I think he’s doing a good job. He’s mostly indoors, at home. I think once you step out to any place he will get papped. Right now they’re all good and don’t think they are taking it too seriously.
Latest Events