Galleries >> Esha Deol is looking at strength, not length of roles

Esha Deol is looking at strength, not length of roles | Memsaab.com

Admitting that she is part of Bollywood actors who are all for digital, Esha Deol Takhtani, who was last seen in the short film 'Cake Walk', first premiered on a digital platform, which went on to win several awards at different festivals, says, "I also have a couple of other projects lined up for the future on different OTT platforms. I think digital is the future, and not just due of the lockdown owing to the unfortunate COVID-19 situation we are in. In general too, many now want to see films on the move. I'm happy and proud to be part of this medium." Excited about the short-film format and comparing it to standard length ones, the actor adds that the former are quick and easy, and for people who have less patience, they work excellently well.

"A beautiful message can be told in short span of time. Also, talented are better able to showcase their skill-set in the short film format." 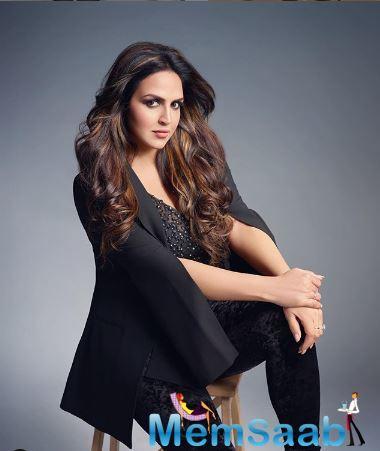 In This Image: Esha Deol
Daughter of actors Dharmendra and Hema Malini, Esha, who made her debut with 'Koi Mere Dil Se Pooche' (2002), and has to her credit around 30 movies, including Mani Ratnam's Tamil film 'Aaytha Ezhuthu', says she is now all set to get into production too, considering the experience she has garnered by spending years in the industry. "Well, I started acting from the age of 18 and being in front of the camera remains my first love. I still look fit and good. But yes, this is a great time to get into production for the digital medium as well and produce some meaningful content -- the kind I believe in." Talking about the roles she wants to essay, Deol, citing the example of her short-film says she is all for strong characters that 'say' something. "In 'Cake Walk', I played a divorced chef. My character had a beautiful message to convey to the audiences. The same goes for my next film. I'm not looking at the length of the role but the strength of the role." The actor, who recently wrote the book 'Amma Mia', published by Penguin Random House India says she wanted to share what a new mother goes through.

"There were so many questions, multiple people telling me so many things, loads of emotions and of course confusion. 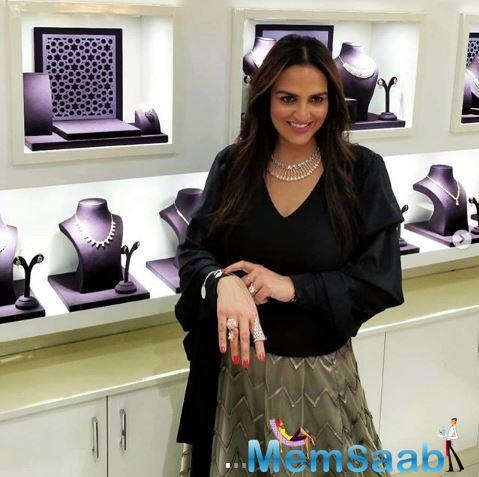 In This Image: Esha Deol
I was able to overcome everything beautifully. I felt like sharing my experiences with new mothers, and what can be better than a book?" Ask her if there is another book inside and she asserts, "Well, I didn't know in the first place that I would become an author one day. I was someone who was more into watching films, acting in them, dancing, and of course very athletic by nature. Writing a book was something that never came to my mind. The credit must go to my two daughters who have turned me into an author. I'll never say no to writing another one, but need to feel strongly about something." Even as a number of celebrities including Twinkle Khanna, Soha Ali Khan, Sonali Bendre have churned out books recently, Deol would not like to call it a trend. "Just that it is talked about on a larger scale if celebrities write a books. Let's not forget, as human beings, we all feel strongly about certain things that we like to share," she says. Stressing that motherhood has changed her for the better -- a more patient and calmer person, she adds, "Also, a braver person with more confidence. This holds true for every women who experiences motherhood."
Latest Events