Check out Sonakshi Sinha talking about her missing from Nach Baliye 9 | Memsaab.com

Do you miss Sonakshi on the dance reality show? This season includes a few ex-couples along with regular ones.Urvashi Dholakia-Anuj Sachdeva, Madhurima Tuli-Vishal Aditya Singh and Aly Goni-Natasa Stankovic are the ex-couples on the show. Meanwhile, Faisal Khan and Muskaan Kataria, Saurabh Jain and Ridhima Jain, Shantanu Maheshwari and Nityami Shirke, Anita Hassnandani and Rohit Reddy, Prince Narula and Yuvika Chaudhary, Babita Phogat and Vivek Suhag, Vindu Dara Singh and Dina are couple on the show who are currently with each other.

The dance reality show Nach Baliye 9 has been making waves since it's grand launch that happened over the last weekend. 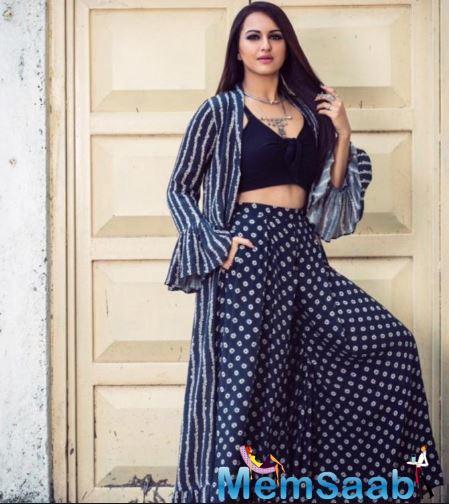 In This Image: Sonakshi Sinha
The season has a different concept from the earlier seasons, with the involvement of ex-couples reuniting and shaking a leg on the dance floor. While the last season was judged by Bollywood actress Sonakshi Sinha, this year, Raveena Tandon has been brought on the jury panel. Sonakshi made her TV debut with the dance show and was widely loved by the audience. Recently, Sinha, who is busy promoting her upcoming movie Khandaani Shafakhana, sat down for an exclusive conversation with BollywoodLife.

During the conversation, we happened to ask Sonakshi about her missing from the dance reality show. 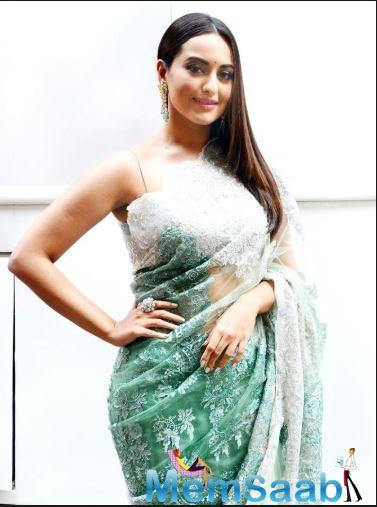 In This Image: Sonakshi Sinha
Given that this season is also being produced by her Dabangg co-star Salman Khan, Sonakshi said it would have been nice to be a part of the show, however, her busy schedule wouldn't have allowed her to be a judge on the show. "Yeah it would have been nice," she quipped adding that every season, the makers also look out for freshness.

The actress is currently promoting Khandaani Shafakhana and would soon kickstart the promotions for Mission Mangal, while she shoots for Bhuj: The Pride of India and Dabangg 3. 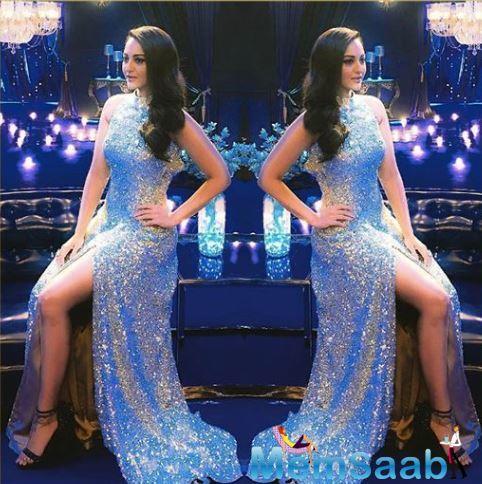 In This Image: Sonakshi Sinha
Sonakshi revealed that she couldn't see the grand launch of Nach Baliye 9 and in jest, said, "I wish I had a twin sister".
Latest Events