Bobby Deol is not only one of the most talented actors in the industry; he is also one of the fittest and good-looking actors in Bollywood. Today, as he turns 51, we cannot help but notice that he still has his handsome looks intact. In an exclusive interview with Zoomtv.com, Bobby opened up about his macho looks. According to him, he is blessed with great genes. He also added that he feels his father, Dharmendra, who is also a veteran actor in Bollywood, is the best-looking man in the industry.

While at this age many are planning their retirement, Bobby has made a comeback and is making all the efforts to make his mark all over again. 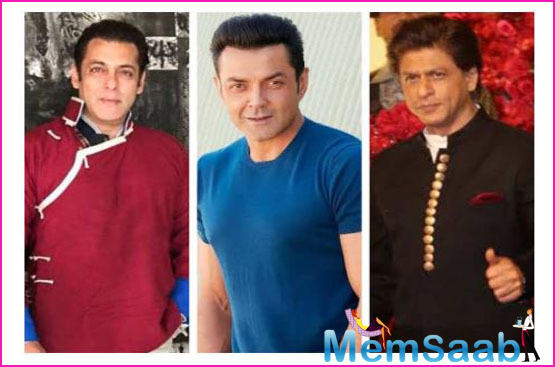 In This Image: Bobby Deol, Shah Rukh Khan, Salman Khan
Speaking about the same, he reportedly added that he has learnt that from his father. He still wants to work and he is 84-years-old. Bobby stated that he admires that his father has not stopped working and that he is an inspiration. The actor added that his father inspires him to work harder. 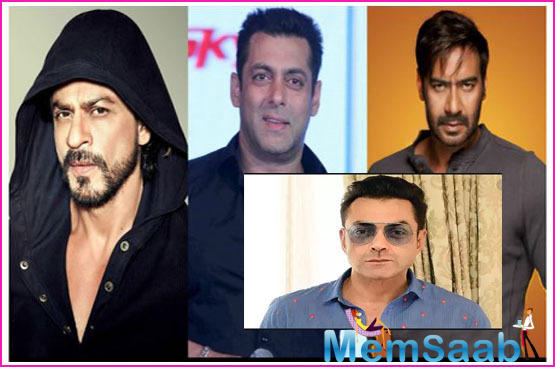 In This Image: Bobby Deol, Ajay Devgn, Shah Rukh Khan, Salman Khan
Talking about what could have worked in their favour, he said all the actors are really hardworking people and they are equally focussed too.l Apart from that, even luck plays an important role.

On the work front, Bobby was last seen in ‘Houseful 4’. 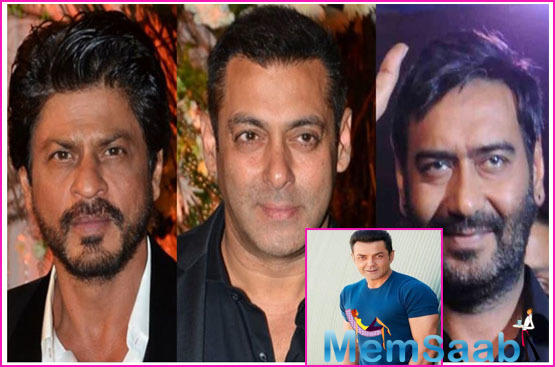 In This Image: Bobby Deol, Ajay Devgn, Shah Rukh Khan, Salman Khan
The movie also starred Akshay Kumar, Riteish Deshmukh, Kriti Sanon, Kriti Kharbanda and Pooja Hegde in lead roles. The movie made a record0breaking collection at the box-office. He is yet to announce his next project.
Latest Events