The 'Aashiqui 2' trio of director Mohit Suri, actor Aditya Roy Kapur and producer Bhushan Kumar came together on Monday to unveil the trailer of their upcoming film,' Malang'. They were accompanied by Disha Patani, Anil Kapoor, who feature in the film in other central roles, and producers Luv Ranjan, Ankur Garg and Jay Shewakramani. Sharing that the film is different from their previous collaboration, Mohit said that the music of 'Malang' was enough to get Bhushan on board. “I told Mohit, ‘Even if you are not making the film, just give me the music’. It was one of the quickest narrations I had ever heard to said yes,” Bhushan added. 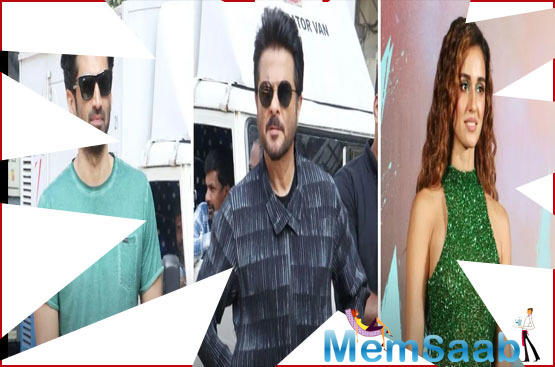 In This Image: Anil Kapoor, Disha Patani, Aditya Roy Kapur
“It was because of those shoes that I stole from Harsh (Harsh Varrdhan Kapoor, actor son),” the actor chuckled, going on to heap praise on his co-stars. “Disha and Aditya will become big stars after this film. Whenever I looked at them, I just wished I could be that young, driving bikes, smoking chillum and jumping from one high to another. They made me want to fall in love all over again. This is new-age aashiqui.”

The leading pair’s onscreen kiss on a recently-released poster was subjected to memes and trolling online, but Disha is self-admittedly unfazed. 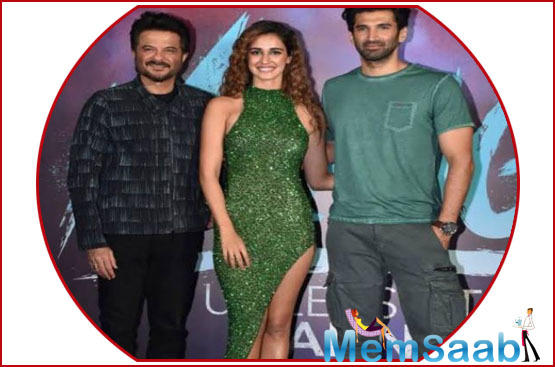 In This Image: Anil Kapoor, Disha Patani, Aditya Roy Kapur
“I am used to it. I enjoy memes and I am happy to be making others happy as well, no matter the means.” Aditya chimed in, adding, “It’s better to be talked about than otherwise.” When pointed out that his screen kisses have been increasingly creative, be it 'Aashiqui 2', or 'OK Jaanu' and now 'Malang', and if he was vying for the spot of the serial kisser with a certain Mr Hashmi, the actor responded, “It would be an honour to be compared to him.” And does he and alcohol reunite in this film? Aditya laughs, adding, “I haven’t even touched alcohol this time.”

Anil was caught off guard when asked if Aditya and Disha’s kiss made him wish if he could do something similar in a film.

In This Image: Anil Kapoor, Disha Patani, Aditya Roy Kapur
The blushing actor quickly recovered, and joked, “Do you want me to get beaten? There’s Sonam, Rhea and Sunita back home… but honestly, bura to lagta hai.” Anil then went on to share that he has advised Mohit to never leave Luv and Ankur’s camp. “I even tell Aamir (Khan) not to leave Rajkumar Hirani,” he smiled.

Luv, who is producing the film, said that even though he and Mohit are both directors, there were no creative differences during the making of the film. 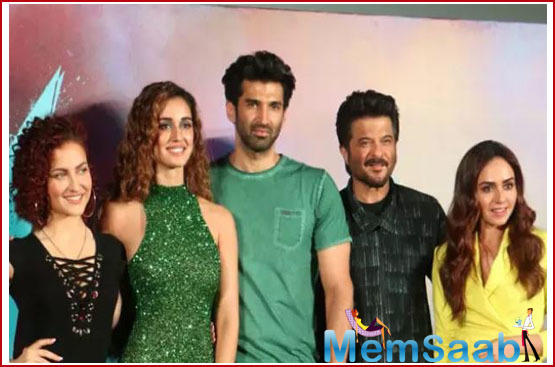 In This Image: Anil Kapoor, Disha Patani, Aditya Roy Kapur
“I am a fan of Mohit since 'Awarapan' and I know my capabilities; what I can or cannot do, and this wasn’t my genre. But we complemented each other a lot since Mohit is hardworking and hyper while I am pretty lazy and calm,” he laughed. As a parting shot, the team addressed the violence at Jawaharlal Nehru University in Delhi that occurred on Sunday night. “I couldn’t sleep the whole night after watching what had happened. Violence needs to be condemned and the perpetrators need to be punished,” Anil said.
Latest Events