With three successful films this year, Akshay Kumar is in a happy place as he settles down for an interview at 9 pm, way past his work hours. His next is the Karan Johar production, 'Good Newwz', which revolves around an IVF-related mix-up. The actor informs that he completed the film in just 32 days. Ask him if it was challenging to play a Sikh warrior 'Kesari', an ISRO scientist 'Mission Mangal', a barber 'Housefull 4' and now a Delhi-based professional in a year and he explains, “I take three days to get into the character. I have found a formula called ‘follow your director’ because he’s the person who has invested at least two years in the script. One should just follow his vision instead of being over-smart.” The 52-year-old actor reunites with Kareena Kapoor 10 years after 'Kambakkht Ishq'. The duo plays one of the two couples undergoing IVF treatment. “I have known her since she was nine, so I am very protective of her.

Her sister Karisma Kapoor and I have worked together in several films, so have Saif (husband Saif Ali Khan) and I. It’s a relaxed bond,” he shares. 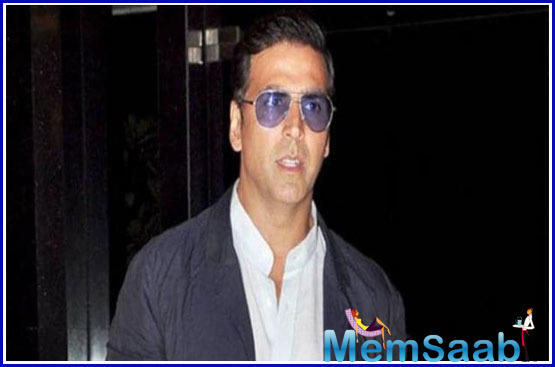 In This Image: Akshay Kumar
In 'Good Newwz' though, his bond with co-star Diljjit Dosanjh who, along with Kiara Advani, plays the second couple, is more in the love-hate zone. But off-camera it’s a different story. “Diljit’s comic timing is great. We met for first time on the set and hit it off instantly as Punjabis,” Akshay said. At the trailer launch, he had revealed that KJo had approached him with a 'very big film', but he had opted for the IVF story. Is the other film happening? “No, we’re just concentrating on this film right now,” he clarifies.

The actor recently shot for an action-packed climax with Ajay Devgn 'Singham' and Ranveer Singh 'Simmba' for Rohit Shetty’s cop-drama, 'Sooryavanshi', which sees him in the titular role. 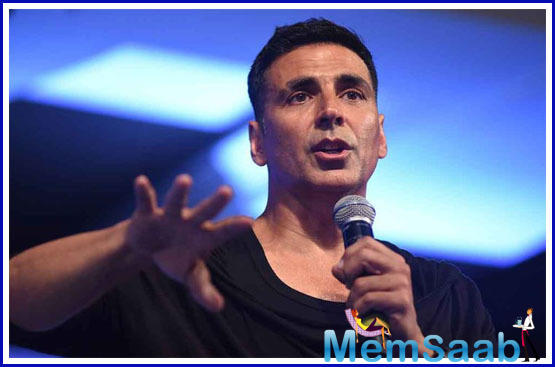 In This Image: Akshay Kumar
“The last film Ajay and I worked on was 'Insan'; it was great to shoot with him again. We started our careers together and did many films. Rohit was an assistant director on one of them,” he informs, saying Ranveer on the set, is like a kid in a candy store. “It’s great to see him running and jumping around.” 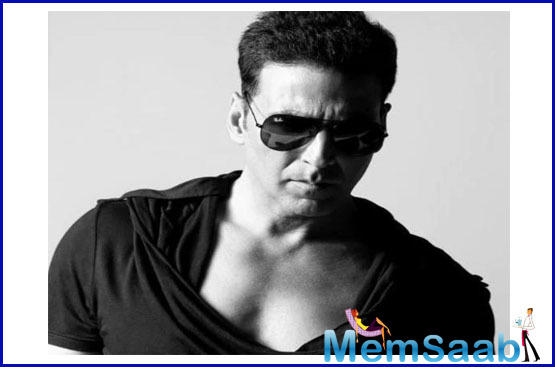 In This Image: Akshay Kumar
“'Kesari' had a lot of action too, but that was a different setup. It was amazing to get back to the choppers, cars, motor-bikes, handto-hand combats, kicks and punches,” Akshay smiles. “Rohit and I discussed things during the shoot and did stuff together. He is an experienced director, having done so many action films.” While Akshay refuses to delve into details pertaining to his horror comedy, 'Laxmmi Bomb', in which his character is possessed by a transgender ghost, he perks up at the mention of multi-starrers, wondering aloud why other actors don’t want to do them. While 'Housefull 5' is on the cards for him, Akshay points out that it takes time to write a comedy. “The team is currently working on 'Bachchan Pandey', which goes on the floors next year,” he said. Buzz is, Priyadarshan will direct the third installment of 'Hera Pheri'. Akshay neither confirms nor denies the news but assures the film will happen soon. “We are working to get it started.” In 2020, his 'Laxmmi Bomb' and 'Bachchan Pandey' lock horns with Salman Khan’s 'Radhe' and Aamir Khan’s 'Laal Singh Chaddha' during the Eid and Christmas weekend respectively. The actor argues that clashes are inevitable today. “There are just 52 weeks in a year but thank God, we also have 5000-plus screens, which ensure enough space for two films releasing together and doing well,” he asserts. 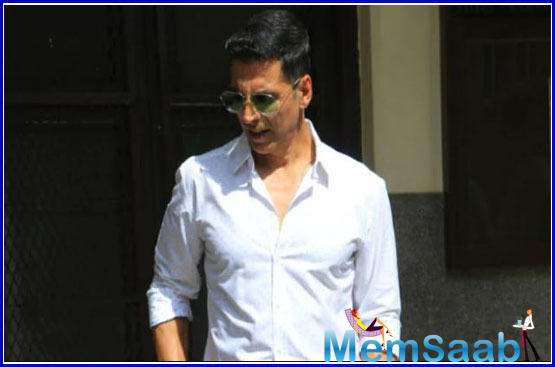 In This Image: Akshay Kumar
“The producers and distributors decide on the date. If things are under my control, I’d prefer a three-month gap between each film,” he said. In 'Prithviraj Chauhan', Akshay is paired with former Miss World, Manushi Chhillar. “It’s good to work with her but I’d want to keep things about the film under wraps,” he said shortly. The decade may be ending on a bright note for the actor, but it wasn’t so at the beginning. Earlier, Akshay was stereotyped as an action/comedy actor, but Neeraj Pandey’s 'Baby' opened newer avenues for him. “It feels good to be recognised as an actor doing good work. Priyadarshan, Rajkumar Santoshi and Neeraj Pandey are some of the many people who helped me transform,” he said gratefully. He’s also grateful that he was never devoid of work. “Despite giving so many flops, I always had three-four films. There hasn’t been a time in 30 years when I didn’t have a project,” he avers.

Quiz him on his mantra for success and he quips, “It just happens. One shouldn’t think too much, I don’t take success seriously. I don’t analyse a script too hard and just go with the flow. I do everything from my heart and not the brain.” 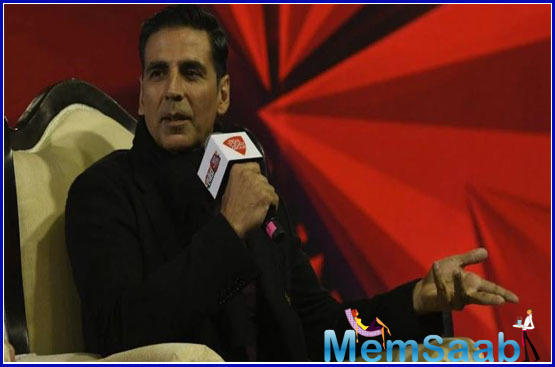 In This Image: Akshay Kumar
Many of his peers admit that their children have a say in their scripts now. Admitting that son Aarav and daughter Nitara share their feedback on the film with him, the actor adds, “But they don’t sit in on narrations, they are too young for that.” His face lights up at the mention of the time Nitara accompanied him on the train journey to Delhi for 'Housefull 4' promotions. “It was one of the year’s highlights for her,” he beams.
Latest Events