Galleries >> After Vijay Deverakonda reveals to have a crush on Alia Bhatt, the actress tags him as the most glamourous actor

After Vijay Deverakonda reveals to have a crush on Alia Bhatt, the actress tags him as the most glamourous actor | Memsaab.com

Vijay Deverakonda, with the massive success of his Telugu film Arjun Reddy, not just achieved global recognition but became one of our nation's crushes. With a huge female fan following not just in the public, but also in Bollywood, Vijay is the current talk of the town. Janhvi Kapoor, who brought forth the name of the South star during her appearance on Koffee With Karan Season 6, made us all Google him and had us drooling over his suave look. Since then, his fan following across Bollywood seemed to snowball. Joining the mutual admiration club, Alia Bhatt, during the recently held Filmfare Glamour and Style Awards 2019, admired the Dear Comrade actor's style.

During the awards night, Alia was quizzed about her favourite actress and actor who made a glamourous splash this year. 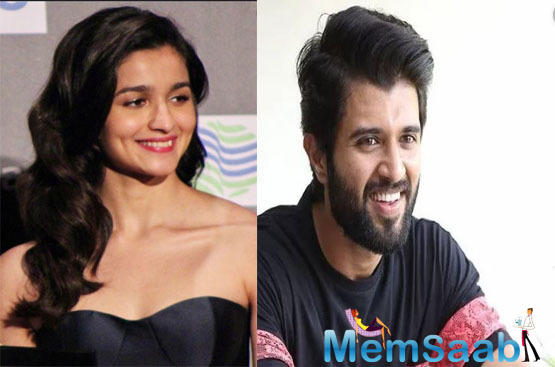 Vijay, during a round table interview with an entertainment portal along with Alia, Deepika Padukone, Ranveer Singh, Ayushmann Khurrana, Manoj Bajpayee, Parvathy Thiruvothu and Vijay Sethupathi, revealed that he has a crush on Alia. 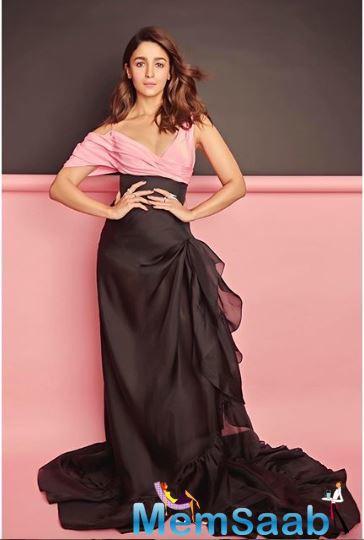 In This Image: Alia Bhatt
"Without shame, a lot of people on this table have been massive crushes. I've been in love with some of them like these two (Deepika and Alia). She (Deepika) got married but," Vijay told. In response to this, Deepika said Alia too is getting married.

Workwise, Vijay is working on Kranti Madhav's World Famous Lover. On the other hand, Alia is shooting for Ayan Mukerji's Brahmastra and Mahesh Bhatt's Sadak 2. 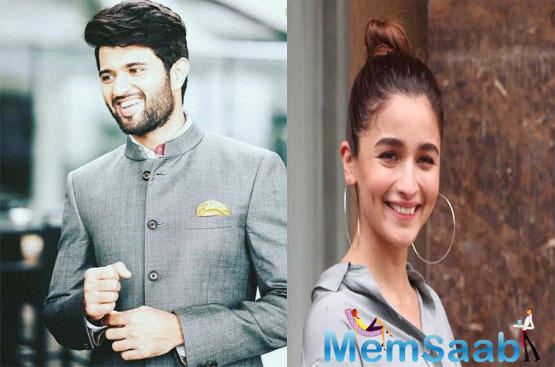