Deepika Padukone's and Vikrant Massey's highly anticipated film Chhapaak is finally in theatres. This Meghna Gulzar directorial that stars Deepika as Malti, an acid attack survivor who battles against the social evildoers, has not just won the hearts of the audience, but also managed to woo the toughest of critics with its sensitive and inspiring approach. The impact of this film was so strong, that a day before its release, Madhya Pradesh and Chhatisgarh Government declared it as tax-free in the states.

Now, as per the latest developments, Madhya Pradesh state government has decided to honour Deepika during the International Indian Film Academy Awards (IIFA) which will be held in Indore and Bhopal in the month of March. 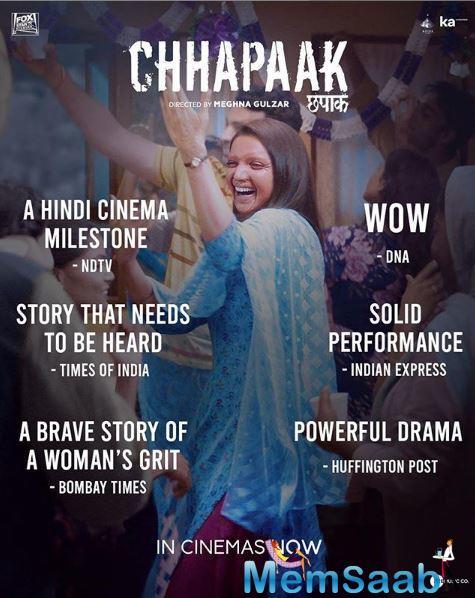 In This Image: Deepika Padukone
Chhapaak, prior to its release, faced backlash after Deepika paid a visit to Jawaharlal Nehru University (JNU) and extended her support to students and professors against violence by a masked mob. Chants and slogans like 'Boycott Chhapaak' did the rounds of social media. However, clearing all obstacles, the film opened at theatres on its due date and has been winning hearts worldwide. 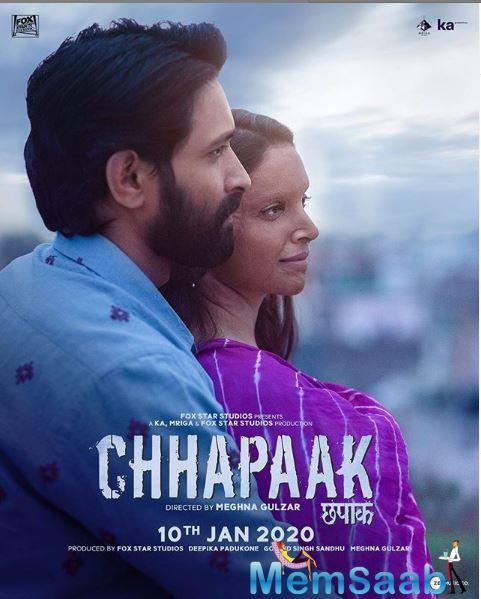 In This Image: Deepika Padukone, Vikrant Massey
The film released on January 10, 2020, and is competing with Ajay Devgn's-Saif Ali Khan's Tanhaji: The Unsung Warrior.
Latest Events