Alia Bhatt has always spoken highly of her ‘mentor’ Karan Johar, who brought her into showbiz with Student Of The Year. 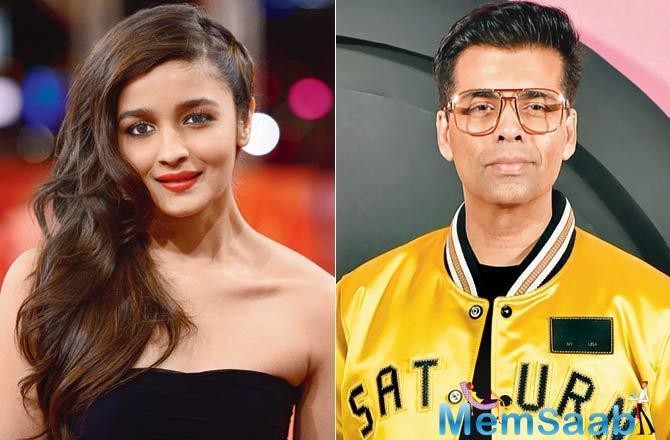 In This Image: Alia Bhatt, Karan Johar
The actor, 25, along with Sidharth Malhotra and Varun Dhawan, made her debut with the 2012 film. Bhatt, who is reuniting with the ace filmmaker in Takht, has revealed that she finds it “therapeutic” to work with him. Apart from her, the film features Kareena Kapoor Khan, Janhvi Kapoor, Ranveer Singh and Anil Kapoor.

The actor was speaking to a fashion and lifestyle magazine, when she also opened up about Ayan Mukerji’s upcoming film Brahmastra. 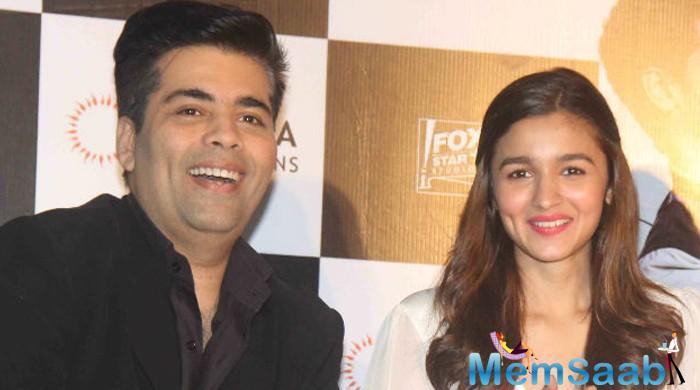 In This Image: Alia Bhatt, Karan Johar
“It’s my most action-heavy film but it’s a different kind of organic action, not dishoom-dishoom,” she said. The Dear Zindagi (2016) star further dismissed reports that it’s a superhero film.

“If you call it that, then people will imagine us running around the city in red underwear,” she stated. 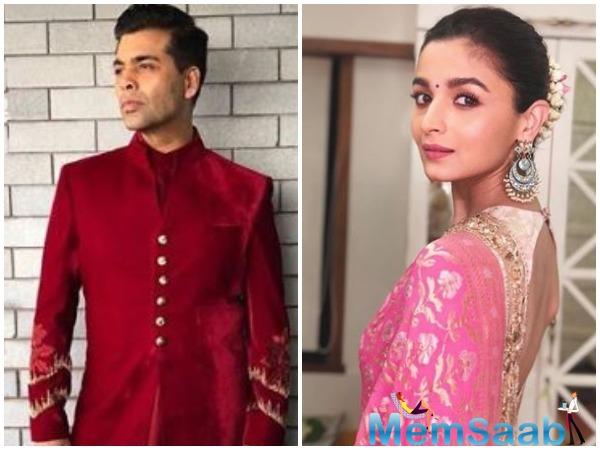