Why did Varun Dhawan and Natasha Dalal meet each other’s...

Why did Varun Dhawan and Natasha Dalal meet each other’s Families? See here what Varun explains!

Varun Dhawan and Natasha Dalal have been in a relationship for a long time and the duo has been spotted together on many occasions. They recently went for a vacation to the luscious landscapes of Switzerland and bumped into Virat Kohli and Anushka Sharma.

Now, the families of both Dhawan and Dalal met each other last night at the latter’s residence and there was immediate speculation about their marriage. 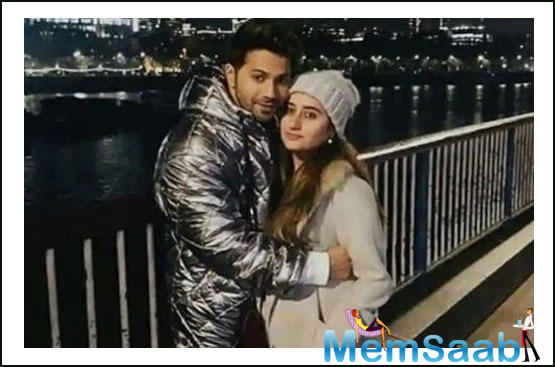 In This Image: Varun Dhawan, Natasha Dalal
However, it seems the actor’s fans have to wait a little longer as he has clarified no such plans are there. Taking to his Twitter account, responding to an article hinting at this marriage, he wrote- “Hey guys before u let ur imagination run wild it was a birthday party wanted to clarify before any false news is spread cheers.”

Well, his fans have to wait a little longer to see him as the bridegroom. Coming to the work front, Dhawan is gearing up for the release of Coolie No. 1 with Sara Ali Khan that’s all set to release on May 1. 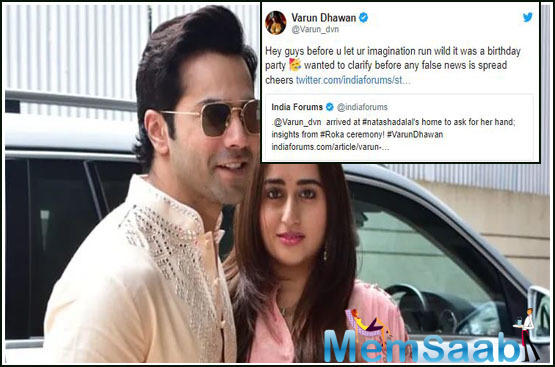 In This Image: Varun Dhawan, Natasha Dalal
This will be followed by Mr. Lele with Janhvi Kapoor and Bhumi Pednekar, scheduled to arrive in the cinemas on January 1, 2021. He also reunites with Sriram Raghavan for the biopic on Arun Khetarpal.