Why did Sonam’s husband Anand Ahuja wear sneakers at their...

Why did Sonam’s husband Anand Ahuja wear sneakers at their wedding? We have an answer

As Anand S Ahuja turns 35 on Monday, his wife and Bollywood star Sonam Kapoor has got the best birthday surprise for him.

Sonam surprised Anand with a lovely basketball-themed cake, with a message on the cake, “It’s your time to soar! Happy Happy Birthday! We love you.” 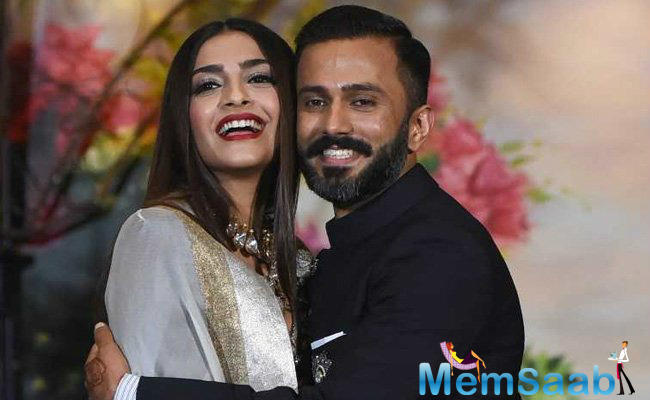 In This Image: Anand Ahuja, Sonam Kapoor
Sharing the photos of the same on his Instagram account, Anand wrote, “When #ballislife and you’re #lakernation and it’s yo birthday.” “@sonamkapoor… you are my wings,” he added.

He also posted another photo of the cake, which showed a clearer vision of a guy playing basketball and Anand written on it. He captioned the picture as, “@sonamkapoor you are unreal.” 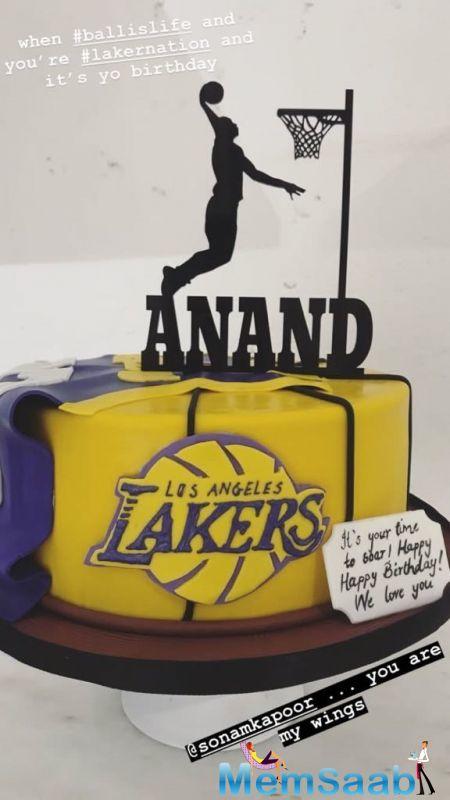 In This Image:
Meanwhile, Sonam’s younger sister and producer Rhea Kapoor used her creativity as she gifted Anand a huge-size shoe made up of flowers on his birthday. Taking to her Instagram account, Rhea shared a photo of Anand holding the gift along with a caption, ‘Happy almost birthday @anandahuja I didn’t know what shoe you really wanted so we just made you one we were sure you didn’t have! Love you, mean it! #brotherinlawgoals #flowergoals Thank you to my doll @ranipinklove for dealing with my nutty ideas and making them come to life’.

Did that ring a bell in your mind? Anand had famously made headlines and even got trolled for wearing sneakers over his bandhgala at their wedding reception. 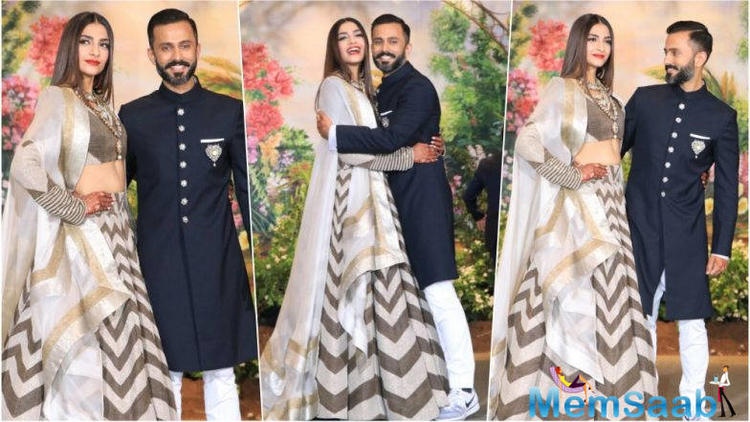 In This Image: Anand Ahuja, Sonam Kapoor
There’s a big reason behind Rhea’s gift and the choice of footwear that day. Anand is a ‘certified’ ‘Sneakerhead’, and as the name suggests, is a big lover of the kind of shoes. Not just that, he also owns a sneaker boutique, reportedly India’s first such store.

Sonam had earlier revealed that he wore sneakers at the reception to make fun of her and that he didn’t even realise he came out wearing them, again proving his love for it. 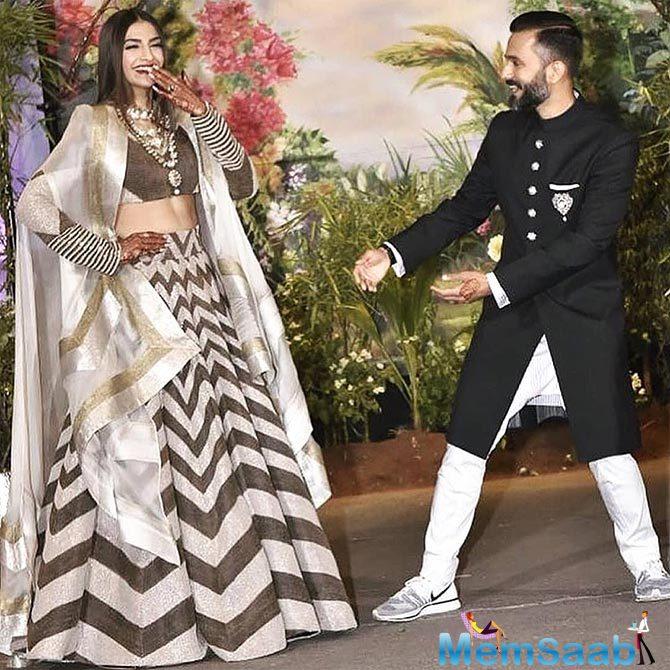 In This Image: Anand Ahuja, Sonam Kapoor
She had nonetheless called it fun then, showing her love for him, something she did again, with her lovely message for him on his birthday.