by Naved Qureshi 2 years ago2 years ago
12views
0

Priyanka Chopra is back in New York after shooting for Shonali Bose’s The Sky Is Pink in London. She caught up with Alia Bhatt, who is also in the Big Apple. 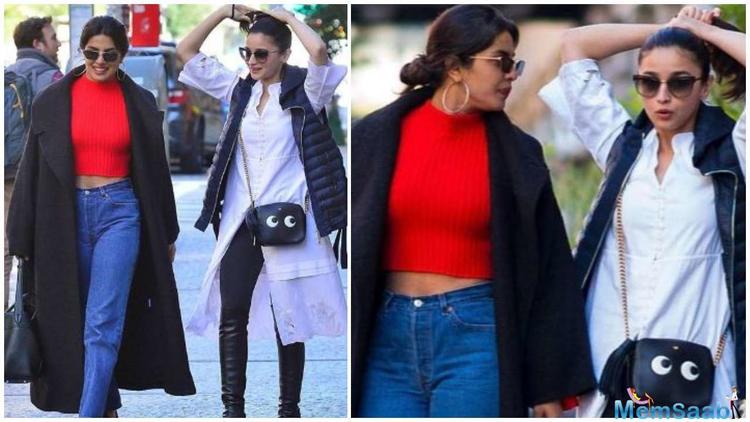 In This Image:
The two were spotted casually strolling down one of NY’s streets. A few days ago, Ranbir and Alia were too spotted strolling and shopping on the streets of New York.

On the work front, Alia Bhatt and Ranbir Kapoor are currently shooting for Ayan Mukerji’s next flick, Brahmastra, along with Amitabh Bachchan. 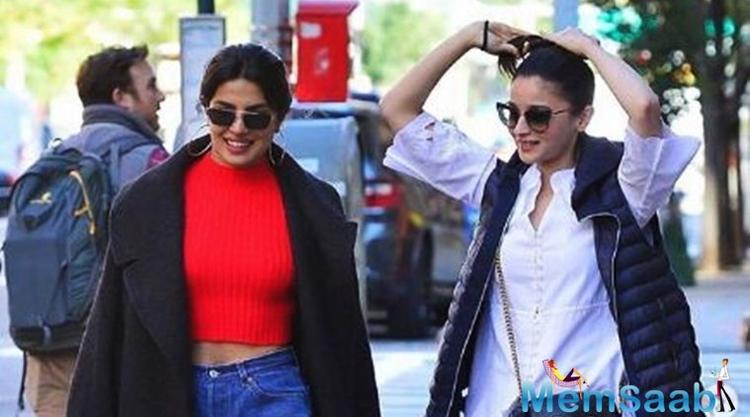 In This Image:
The film also stars Mouni Roy and Nagarjuna in pivotal roles. The fantasy drama is slated to release on August 15, 2019. Ranbir and Alia are currently in New York, as Rishi Kapoor is currently staying in the US for a treatment.

RK and the Raazi actress are expected to resume his shoot for the much-anticipated Brahmastra soon. 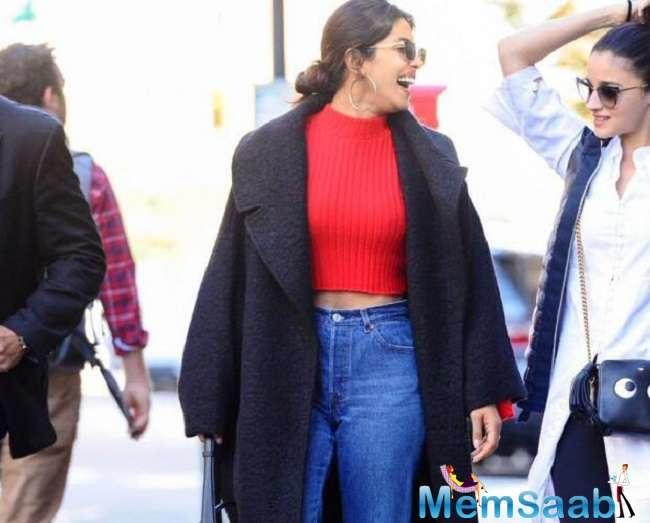 In This Image:
Talking about Priyanka Chopra’s professional commitments, the actress has The Sky is Pink with Farhan Akhtar in her kitty. On the Hollywood front, she has Isn’t It Romantic? and A Kid Like Jake to begin with later this year.